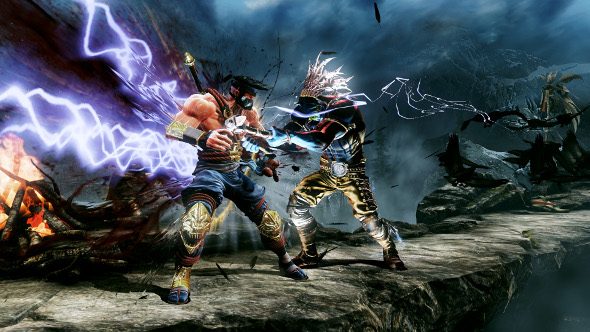 Ok, so I confess that I forgot that Killer Instinct launched on PC last year. It’s rare for a fighting game to make a splash on PC, and being a free-to-play title shackled to the dreaded Windows Store doesn’t make things easier. But now it’s also coming to Steam.

Looking after your wallet? Here are the best free games on PC.

The announcement was made at CEO 2017, a fighting game tournament in Orlando, Florida. The official Killer Instinct Twitter account confirmed the reveal, adding that more details will follow. It’s due to land on Steam later this year.

Being free-to-play, Killer Instinct is a bit obtuse, and it’s pretty stingy compared to other free-to-play games. There’s a character rotation that lets you play around with the roster, but only one fighter at a time. For comparison, MOBA Heroes of the Storm lets you play with five heroes per rotation. And while other free-to-play titles might let you purchase new characters with in-game currency earned simply by playing, Killer Instinct demands a sacrifice of cold, hard cash.

I expect we’ll see it launch on Steam with a bunch of season bundles, each containing the fighter released during that season. Killer Instinct likes bundles so much that it has more than one per season – one for the characters, and a more expensive one for the characters and their special costumes. There’s a Definitive Editionthat features all 26 characters from the first three seasons, too.

Also at CEO 2017, a new fighter was revealed. Eage is an archer with a mechanical bird, which sounds like it might in quite handy.

Will its arrival on Steam tempt you to take it for a spin?