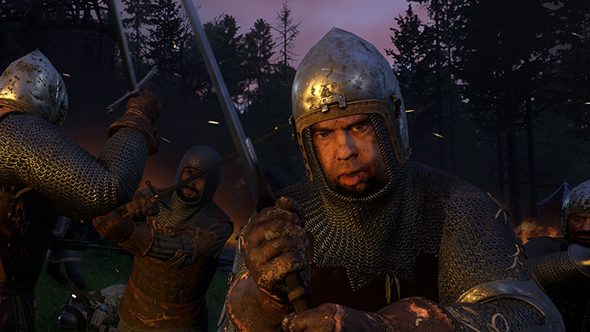 Kingdom Come: Deliverance’s new hardcore mode turns the game into a full-on survival RPG to make medieval living even more of a struggle. New restrictions on combat and navigation make things tricky enough on their own, but now you’ve also got everything from nightmares to claustrophobia to worry about.

With hardcore mode enabled, you won’t see compass direction and will instead have to rely on the sun to tell east from west. Autosaves are gone, food’s effect on health is greatly reduced, and you can only check your life and stamina through in-game visual effects. Traders are stingier, combat is deadlier, and – of course – fast travel is disabled.

If you’re looking for a more specialized survival experience, check out the best survival games on PC.

That’s all the stuff you’d expect from a hardcore mode, but Warhorse has gone a step further by forcing you to choose two negative perks in hardcore mode. You might have nightmares, which debuff you every time you wake from sleep, or brittle bones, which makes falls deadlier.

Or you could have a somewhat wilder condition, like somnambulism – sleepwalking, for us laymen – which sometimes has you waking in new locations far from where you went to sleep. Claustrophobia makes combat in a helmet more taxing, and a tapeworm will naturally make hunger management even more important.

Alongside today’s free update, the developers also released a trailer for the upcoming DLC, From the Ashes, which you can see below.

From the Ashes will add a city management system, allowing you to direct the course of development for a new settlement, deciding what structures to construct and what types of villagers to bring in.

Warhorse published its DLC and content roadmap last month, with the promise of official mod support coming somewhere down the line. Of course, the current lack of official support doesn’t mean nothing’s been developed yet – check out the best Kingdom Come: Deliverance mods to keep you occupied until the next wave of content comes in.