Kings and Heroes will fly under the radars of most PC gamers. That is a shame, as beyond its generic name, uninspired fantasy setting, and rote combat (stick with me), there are some neat ideas in this MMO.

Unfortunately, yet another hurdle has to be hopped before you reach the good stuff – the first few hours of Kings and Heroes are nothing more than a boring introductory grind. It seems unlikely that many people will stick around long enough to see beyond its boilerplate beginnings.

If Kings and Heroes isn’t for you, check out the best MMORPGs on PC.

But –but– if you can weather all of that, you will find a strikingly inventive dungeon system connected by a vast open world to support your adventuring and keep things nice and fresh. 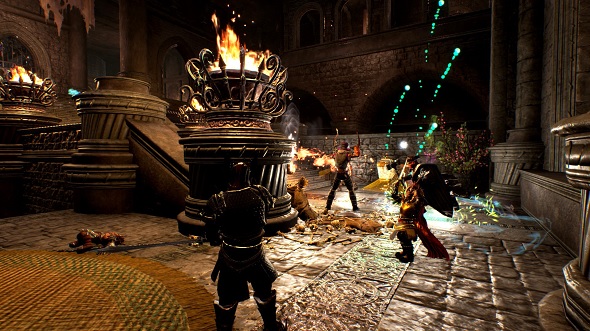 In short, its boon is that it actually uses procedural generation very well. Instead of repeating the same handful of dungeons over and over again, repeat visits to the same one retain some of the surprise and tension of your first. Using tilesets of different designs, each visit feels familiar but different enough to keep your wanderlust topped up.

Being able to choose the size, difficulty, and theme/design helps ensure a hefty dose of variety each time. The first instance in which I replayed the same dungeon I was hit with a sense of déjà vu, but didn’t quite know what was around each corner. It is the kind of procedural generation that Blizzard uses in Diablo to make the busywork of demon slaughter enticing, even after several hours. Nothing new, then. But now it is being put to great use in an MMO – a type of game that still suffers heavily from the exhausting grind of running through identical dungeons.

All too often in games that use procedural generation there is a palpable cookie-cutter feel to the environments. While technically different in some ways they lack the touch that only original art and designs can deliver. This is one of the issues that, most famously, plagued No Man’s Sky’s sprawling procedural galaxy at launch. Quintillions of planets but only a handful of them were really worth visiting if you wanted a change in scenery. 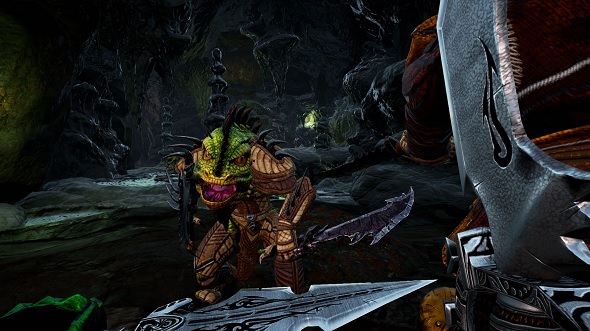 While other MMOs quickly lose one of their most appealing features – the joy of discovery and figuring out how to beat new challenges – Kings and Heroes has a little more stamina. Instead of enjoying late-game dungeons in other MMOs as intended, many people would rather speedrun them in order to get to the loot at the end faster. But the developers of Kings and Heroes aim to make dungeon running more about the journey than the destination once again.

This is helped along by the first-person perspective that you can choose to have in Kings and Heroes. I am one of those people who played the original EverQuest in first-person, and continue to play MMOs this way when I can – it is my preferred choice of camera in The Elder Scrolls Online. But since the launch of World of Warcraft it seems MMOs have been drifting away from that design.

Playing in first-person begets a more intense and immersive experience. Letting players opt-in to that style of play means that the developers have to make several design decisions have in order to support and amplify that effect. For example, instead of queuing up for dungeons from a floating menu box, you will visit a tavern and sit at a table, just as characters might have done in countless tabletop Dungeons & Dragons campaigns over the years. 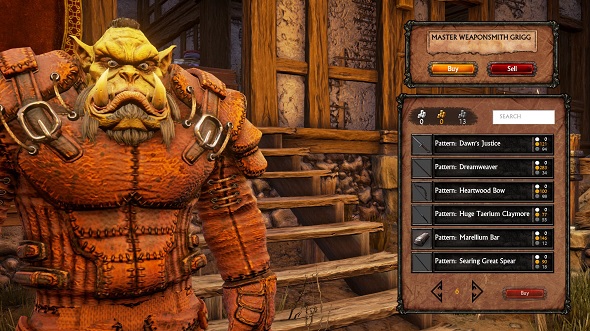 If MMOs are all about connecting players to a shared, virtual world then controlling an avatar from the distant third-person view is not the most effective way to do that. It puts you in the position of a puppet master rather than making you feel like a part of the larger world.

While Kings and Heroes is far from being a complete or polished game – even though it has now left Early Access – the developers are actively addressing concerns and responding to members of the community. If you have friends that enjoy a bit of dungeon delving, it is certainly worth the time and price just to see its elaborate world and procedural dungeon system – especially as it comes without a subscription fee.

Kings and Heroes begins with a familiar grind, but those first few hours are a small price to pay in order to uncover an MMO in which no two dungeon delves are ever the same.