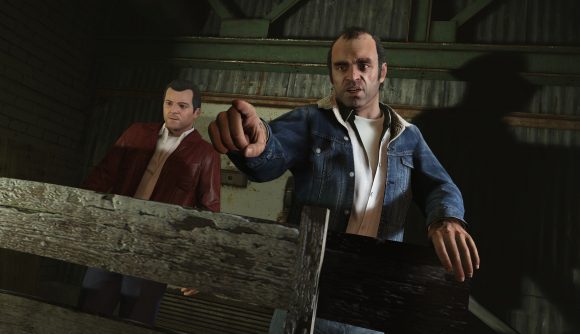 The studio behind 2018’s L.A. Noire: The VR Case Files has announced it’s “gearing up for a new project” – a “triple-A open-world title in VR” for Grand Theft Auto V and Red Dead Redemption 2 publisher, Rockstar Games. The Australia-based Video Games Deluxe has revealed the news on LinkedIn as part of an announcement of a bunch of job openings based in its Sydney studio.

In the post on the networking site, the studio says: “Having finished the critically well received L.A. Noire: The VR Case Files we are now gearing up for a new project, a triple-A open-world title in VR for Rockstar. 2020 marks our seventh year of working exclusively for Rockstar in Sydney and we are excited to taking on this ground-breaking project.” It’s not clear what the mystery title is, and the job titles listed on the site don’t give anything specific away about it. However, a senior animator job description says the project will involve “working with characters, vehicles, weapons, and general props”. Hmm.

The post describes it as a “new” project, however it’s not clear if this means it’s a wholly new game in itself, or a port of an existing Rockstar game, and so a “new” project for the studio.

Given it’s described as a “triple-A open world title”, it sounds like it could apply to pretty much any of Rockstar’s big-name games, too, so it’s anyone’s guess what the game might be at this stage.

Another big question remains, too – that is, whether we’ll hear more about this new mystery title before we hear some solid Grand Theft Auto 6 news. Guess we’ll have to wait and see.

We’ve reached out to Rockstar for comment and will update this story with any new information.