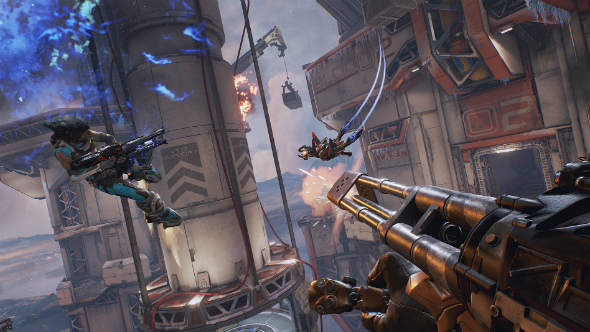 I missed the glory days of Unreal Tournament and Quake III Arena. But I’ve always admired what they stood for: skill or be killed. These first-person shooters place aim, speed, and map knowledge at the forefront of player success, baptising the uninitiated in a constant shower of their own gibs.

Get to know each of the nine LawBreakers classes with our handy guide.

The forthcoming Quake Champions continues to carry the torch for those late ‘90s shooters that scoffed at objective-based modes and teamwork. But, from what I’ve seen of it so far, its attempt to modernise its old-school shooter core doesn’t quite work. Despite having a similar mix of classic and modern influences, LawBreakers doesn’t suffer from any such identity crisis – in fact, it’s a breath of fresh air in what has become a stuffy genre. 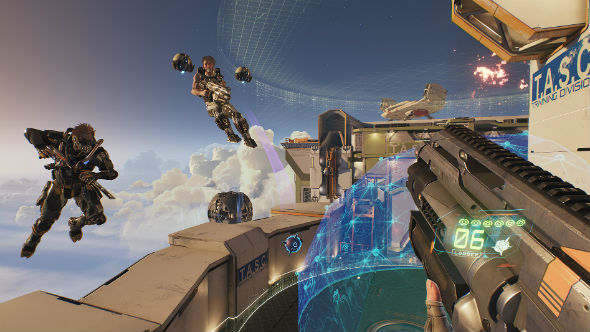 Boiled down to its essential elements, LawBreakers is Unreal Tournament with classes, wings, and sports-inspired game modes. It’s got one foot firmly placed in the past while the other foot, plus its two arms, are planted in the present. Unlike Quake Champions, LawBreakers has no pre-existing player base to satisfy and no reputation to maintain. It’s been made without any expectations looming over it, and the gameplay reflects that.

Key to that sense of freedom is its excellent movement system. Each class in LawBreakers has a movement ability that allows them to speed through the arterial corridors and zero-G central hubs of each map with ease, lending a searing pace to multiplayer matches. As a result, there’s no camping in corners or sniping from afar, instead, you constantly hurtle towards the objective from whichever direction you please. Skirmishes are spherical – players from both teams rise into the air, descend on the objective, and stream in from every direction simultaneously. Combat is happening all around you, but the objective is always the focal point, which makes LawBreakers akin to a sports game in terms of the general ebb and flow of a typical match.

High-precision movement is built into each character in LawBreakers – it’s available with a single key press, rather than built up over years spent perfecting strafe jumps and treating every corridor like a slalom. That accessibility would normally suggest over-simplification in a shooter, but thanks to the openness of LawBreakers’ maps, there’s plenty of scope for personal improvement within each character’s movement ability. In my time with the open beta, I’ve seen tanky Juggernauts soar through the air as gracefully as an Assassin, I’ve seen Gunslingers accidentally throw themselves off the map, I’ve even seen the odd Wraith that insists on treating every match like a game of ‘the floor is lava!’. Just as it feels absolutely rotten to get constantly fragged by a good player in Quake Champions, losing duels in LawBreakers can be a bitter pill to swallow – but at least running away is a lot easier. 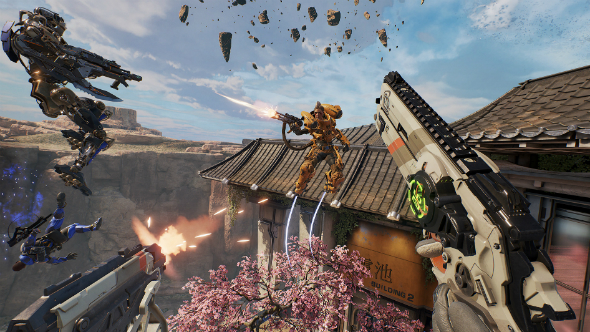 Then there are the game modes; another decidedly modern twist that puts LawBreakers more in touch with fans of Rocket League than those of Doom. Playing the objective in LawBreakers is everything, which gives less-skilled players an opportunity to make an impact on the match’s outcome without performing lengthy killing sprees. An attentive Battle Medic can make all the difference when defending the objective, raining down bouncing grenades from above, and tirelessly assigning healing drones to teammates in need. A Juggernaut player, meanwhile, can block off corridors with their impassible shield and buff their health to stay in the fight for a bit longer – a very effective pair of abilities when you find yourself under the cosh.

Successfully turning a match around is as exhilarating as multiplayer gaming gets, and the majority of matches I played switched directions right on the cusp of one team’s certain victory. This is especially common in Overcharge, where one team can charge the battery to 99%, before having it stolen from them – the point going to the team that only had to defend the objective for a measly few seconds. When the teams are balanced, matches are sublimely poised, leading to some of the best teamplay and last-minute attacks I’ve ever been involved in.

Conversely, my time with Quake Champions has consistently netted one of two results: either my team crushes the opposition for ten minutes, or the opposition crushes my team for ten minutes. The one objective-based game mode in Quake Champions, Sacrifice, is too convoluted for its own good, mixing elements of capture the flag and control point when a straightforward version of either one would be better. A total lack of in-game guides also hinders the accessibility of Sacrifice, whereas LawBreakers proudly boasts an archive of tutorials on its main menu. There are too many games vying for the attention of players for such an obtuse mode to gain any traction among all but the most invested of us. 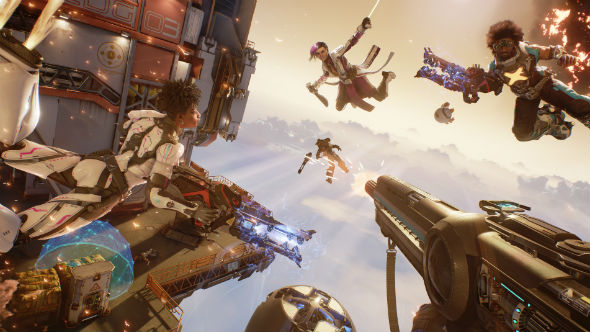 Even LawBreakers’ maps ooze accessibility, each one boasting the same basic structure of home base, zero-G arena, enemy base, with total symmetry from one end to the other. Again, there’s subtlety to traversing each map as quickly as possible, particularly when using some of the less mobile classes like Titan and Juggernaut, but new players won’t stumble for a second when attempting to deliver the Blitzball to the enemy base or finding the nearest health station.

And yet, in spite of all of this simplicity, I routinely finish matches in LawBreakers with many more deaths than kills. I still thoroughly enjoyed my time in those matches, which is the hallmark of any good multiplayer game – that LawBreakers manages to feel so accessible despite being tough as nails is one of its greatest strengths. Being swatted out of the air before even seeing who killed you can be frustrating, but it just pushes you to change your tactics or class.

It’s also a game that’s packed with simple pleasures which keep you ticking over when the going gets particularly tough: using your shield to box yourself into a health station as Juggernaut; soaring through the air while firing a gatling gun as Vanguard; using Assassin’s energy leash to swing around the outside of the map before descending on an unsuspecting enemy right in their base. Simple plays feel audacious and brash, but the potent combination of damage-dealing and movement abilities suggests there’s no cap to stop hardcore players from continuing to hone their skills. 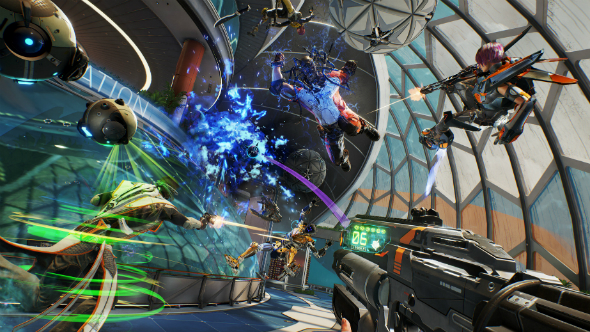 By comparison, once it became apparent that I’d never git gud at Quake Champions, any appeal it had quickly disappeared. Its skill cap is largely similar to that of LawBreakers, but because it only deals in frags, it’s impossible to sense much personal success outside of racking up kills. Ending a team deathmatch in Quake Champions with a negative kill/death ratio is like knowing you’ve just spent the past few minutes being a drain on your allies. Whereas you can make all the difference in LawBreakers by ignoring the bloodshed and going straight for the objective.

From its nine distinct classes and sports-inspired game modes, to its emphasis on teamwork and playing the objective, LawBreakers feels inclusive and open to anyone in a way that only Overwatch has managed before. There’s a steep learning curve and towering skill cap hidden behind that screen of accessibility, but right off the bat it feels like you can make an impact on the game. LawBreakers has been built with modern audiences and casual gamers in mind, yet still thrives on its ultra-competitive nature.

Been playing any LawBreakers? Let us know what you think of it in the comments below.