LawBreakers is a big game with small ideas. Small ideas like: what would blindfiring a gun behind you in zero-gravity do? What would it look like in first-person? And what if that gun revved like a snowmobile engine?

We’ve played LawBreakers, don’t you know. Take a look at our hands-on impressions.

The product of these questions, idly asked by a retired Cliff Bleszinski while he lounged by the pool reading Leviathan Wakes, is a class-based shooter without the class-based formalities. 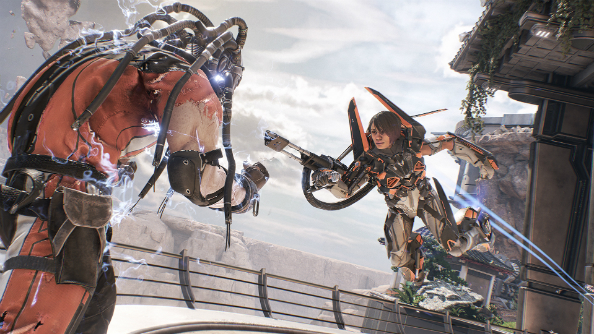 The game instead features a roster of characters with unique abilities – from the swift assassins Kitsune and Hellion, to slow-moving titans Bomchelle and Chronos – who all manipulate gravity in one way or another while utilising fantastical sci-fi weapons.

“You’ve gotta have a dude with an AR-15… why?” Bleszinski continues to barrage me with rhetorical questions. “Why not just have a vision for something you want to make and come up with something different and unique instead of innovating off other people’s smoke trails?”

Bleszinski’s hunger for something new on his return to game development is palpable. The man has lived and breathed shooter games for more than half of his life, beginning with Jazz Jackrabbit in 1994 and culminating in the vast majority of Epic’s output through to his departure in 2012. 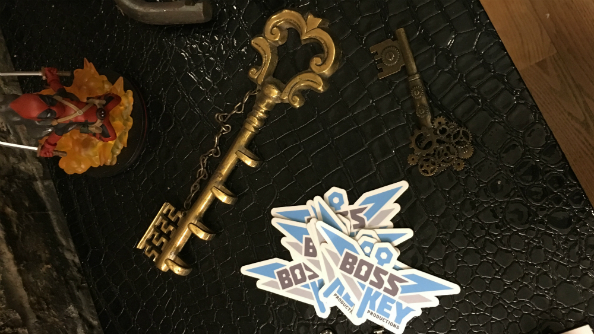 “The idea of being retired initially sounded really good to me, because I was really fried after doing this since I was 17 frickin’ years old,” he says. “And then after six months I just got bored and started writing down ideas, and talked to Arjan [Brussee, co-creator of Jazz Jackrabbit and now COO of Boss Key] and said ‘y’know what, let’s make something’.”

While a class-based shooter isn’t exactly the freshest idea on the market right now – with Overwatch, Battleborn and others from massive triple-A production houses waiting at the starting gates – Bleszinski is convinced his 50-strong outfit have something special. And it all began with that one book, Leviathan Wakes, and the countless other media he consumed to fill a void left by the stresses of game development.

“I’m a huge pop culture whore, and if I’m not playing a game then I’m reading a graphic novel or watching a movie or TV show,” he tells. “And it’s all grist for the mill that goes in my head and comes out through some weird process that I have no idea how that happens.” 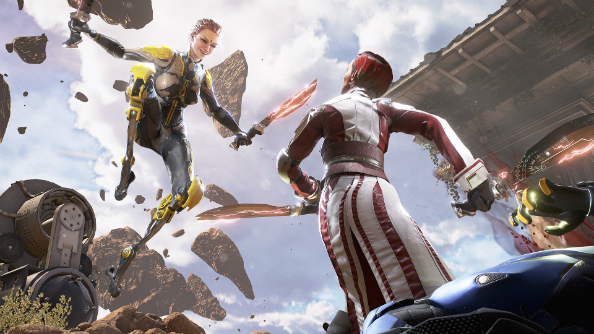 Bleszinski cites influences from the sci-fi novel Leviathan Wakes (and its TV adaptation The Expanse) for much of the gravity manipulation the game is centred around, as well as films – a lot of films. The themes of the swordplay and yellow-and-black outfits of Hellion, one of the assassins, came straight out of Kill Bill. He even drew on his previous games, including Gears of War, though that too had its roots in cinema.

“I always wanted to see blindfire in first-person and I guess that came out of me working on Gears for so long and doing the whole fadeaway,” explains Bleszinski. “One of the first times I saw it was The Evil Dead, where Ash in Evil Dead 2 did the whole shotgun behind the shoulder, which was just the coolest thing ever.”

In LawBreakers, blindfiring over your shoulder does more than just dispatch enemies in an almost illegally stylish way. If you enter one of each maps’ ‘gravity anomalies’, where gravity is reduced, you can use it to propel yourself like a makeshift jetpack. Some characters also have actual jetpacks, but as a titan you’re left with no other option than to nonchalantly fire a rocket launcher behind you and soar like a majestic freedom eagle. 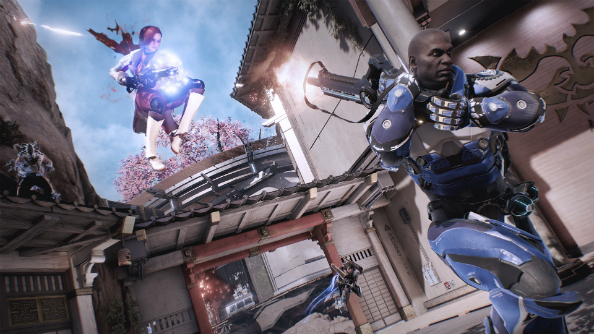 While much of the media-grist-mill in his head informs the game’s look and feel by way of Bleszinski’s method of “remix and regurgitation” (“I’m making you guys think I’m a mother hen who’s barfing this game into baby hens’ mouths, aren’t I?”), he also stepped outside of the bounds of pop culture for inspiration. At one point, in fact, he even stepped outside the bounds of gravity by going on a parabolic flight. But that wasn’t the most surprising place he found himself taking cues from.

“I grew up in the suburbs of Boston, Massachusetts, and Boston’s sports fans are very passionate to a point of being insufferable,” he affirms. “I appreciated hockey a little bit growing up, but that’s the only one that grabbed me.” Now, in later life, Bleszinski has found joy in sports, and particularly the drama that unfolds as a result of their systems.

It’s this passionate drama that he hopes to catch with moments in the multiplayer game that come about from the rules they have created for play. And unlike others trying to entice new players into the genre, Boss Key are happy to keep things complex. 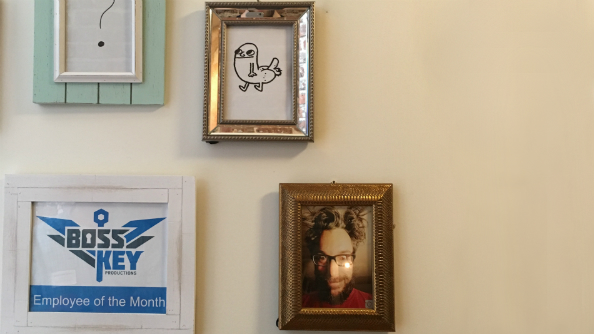 The game mode played, Overcharge, is an intriguing mash of capture the flag, domination and base defense. And each character has multiple weapons with alternate fires, on top of two skills and an ultimate which charges over time.

“The thing people forget is you can have a thing that has a complex ruleset, be it a sport or a videogame, and people will learn it. We were so afraid that we were too complex for a shooter, should we just make it a basic arena shooter? No, keep it deep and they’ll learn, or someone will make a YouTube video explaining it to you.”

The classes were originally intended to be far more diverse, with each team having their own unique characters with their own unique skills, rather than just having different character models and backstory. “Initially we were planning on massively asymmetrical,” Bleszinski says, “and then we realised we would need a team of over 200 people to do that. I like knowing everybody’s name, and often their dog’s name too.” 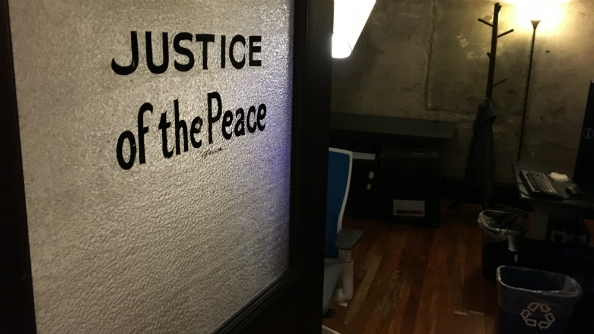 Still, with a relative skeleton crew working out of an ancient private detective’s office in downtown Raleigh, the team has achieved a frenetic work of high-octane multiplayer. And with a newfound love of sports, and the drama that makes it entertaining, does Bleszinski want to chase the current trajectory of class-based shooter cousins like Overwatch: eSports?

“Who doesn’t want that?” he answers, again, with another question. “But at the end of the day you’ve gotta start with certain core pillars to eventually get to that destination way down the line. Rocket League is being played by a lot of people and it’s successful for a myriad of reasons, but one of them is watchability.

“They have the brick of the car and the physics of the ball and other cars going around there and that creates these cool moments. We’re not that physics based, but what we do have is when people say what’s special about this game I say it’s verbs that lead to moments.”