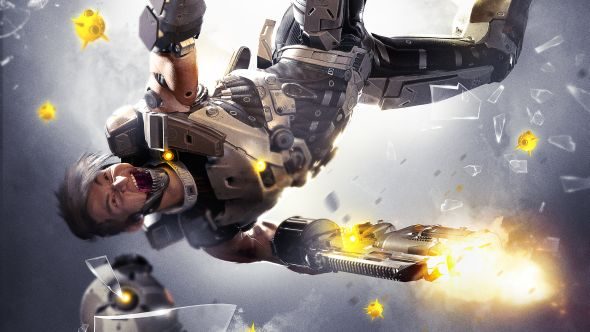 Has any word caused more fear and dread than ‘port’ when it comes to PC gaming? Either it’s coming to our shores and we’re worried about framerates and resolutions, or it’s going there and we’re terrified of future design decisions and some sort of ‘casualisation.’ Lawbreakers started as a PC game, and now it’s going to PS4 – but Cliff Bleszinski and the Boss Key team say that’s a good thing.

Just want to shoot at something? Here are the best FPS games on PC.

“We’re seeing benefits,” says Arhan Brussee, COO of Boss Key. “What we did in the beginning is focus on the PC and get it to the state where it’s running at 200 fps and super fast. Obviously, with the PS4 we had to do some more optimisation so now the PC version is running even faster.”

Brussee points out that this split in development means they don’t have to make compromises for one platform that affect another. “There are separate controls for the console. There are also separate systems, so on the PC with a mouse you would never do light aim assist, but on console this is the golden rule. That’s stuff that we put on top of the PC build obviously.”

Lead designer Dan Nanni has had to do that before, and it didn’t work out well. “I’ve worked in a lot of studios where you’re making it on every platform simultaneously, you wind up compensating for a middle-ground, something that’s not great on one, and not great for the other. Because you have to solve the issues simultaneously, you come up with the lowest common denominator and you move on with that.”

Getting to avoid that does lead to some casualties – Lawbreakers won’t support crossplay for example. Chris Bleszinski, CEO, isn’t too bothered by that. “We made the decision not to do crossplay, and there are a lot of people with this pipedream of PC and console crossplay. It’s like, ‘No, be the best console game you can be, or be the best PC game you can be’. Because then you get PC players getting angry that there’s aim assist on console, or with balance issues.”

Whether you’ll notice that optimisation, particularly if you were already getting 200 fps out of Lawbreakers, remains to be seen. Game’s out later this year, though no specific date has been given. They’re running irregular beta tests via the official site, if you want in.