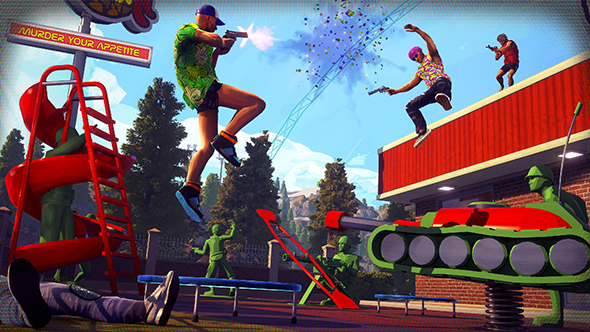 Radical Heights is fighting an uphill battle against the meme-worthy reputation of LawBreakers and its own position in “X-TREME Early Access.” Now the game’s getting the benefit of some major cash investment and big-name streamers under the Twitch Rivals banner.

Drop in and pick the best battle royale game.

The event takes place today, featuring six European and six North American streamers competing for a share of a $120,000 cash prize. As per usual for these events, gameplay is broadcast on each individual streamer’s channel as well as the central Twitch Rivals, featuring separate commentary and a feed switching between each participating stream.

The event’s doing solid numbers on Twitch so far, with Radical Heights hovering in the top ten titles on the service. Most of the biggest streamers are in the NA block, so we’ll see how things shake out this afternoon – and what effect this will have on the game’s player counts.