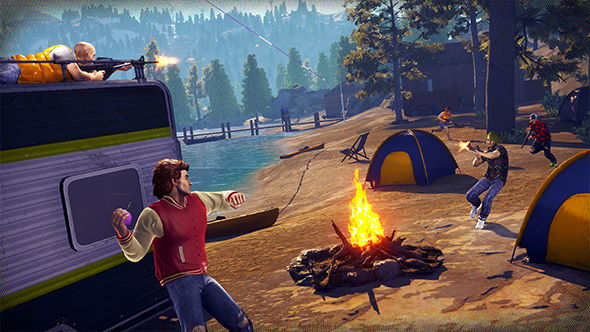 One of the most common suggestions to help LawBreakers’ falling player counts was a switch to free-to-play, and while the gravity-defying shooter won’t make that transition Boss Key’s new game has launched for free. But on day one, going free doesn’t appear to be boosting the numbers for Radical Heights.

These are the best free games on PC.

Player counts for Radical Heights have peaked at 8,195 as of this writing, according to Steam Charts, but they’re still on an upward trend. That is only slightly higher than LawBreakers’ all-time peak of 7,482, achieved in June 2017 over a pre-launch open beta.

For context, that still puts the game within the range of Steam’s top 50, and is a healthy enough player count to maintain the game’s life if those players remain interested. Whether Radical Heights can compete with its battle royale inspirations remains to be seen, but it did generate over 100,000 viewers on Twitch at points yesterday thanks to interest from streamers like DrDisRespect.

Radical Heights is in “X-TREME Early Access,” and that certainly shows in the game with plenty of unfinished details like missing texture work. The game’s monetization is also under intense scrutiny after multiple changes following concerns that the game was pay-to-win. We’ll see how Boss Key’s follow-up fares in the months ahead.