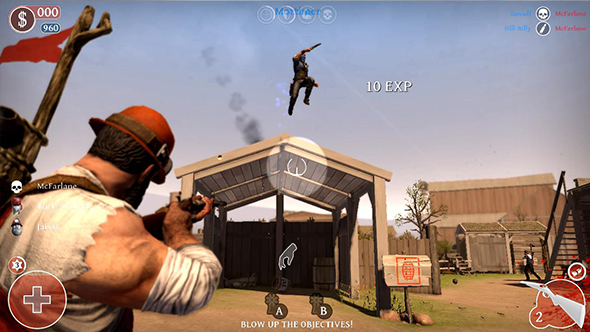 These days, Fatshark are best known as the developers of co-op action game Vermintide, or as I like to call it, ‘Left 4 Dead but with Warhammer rats’. Yet they have a long history of making games for both PC and in the early days of console digital distribution. It shouldn’t be surprising that they’ve got a new game on the way, then – and to promote it, Fatshark are giving away 1,000,000 copies of their very first game.

Check out the best free games on Steam.

That game is Lead and Gold: Gangs of the Wild West, a third-person team-based shooter that has you teaming up to fight over gold in a variety of maps and modes. Four playable characters, synergy mechanics, and objective-driven gameplay. Most of the recent reviews on Steam are along the lines of “this was great, but nobody’s playing it anymore.”

Getting 1,000,000 Steam keys into circulation might change all that, though. Fatshark want you to use a widget to follow them on Twitter, at which point a key will be sent to your email address. Pretty standard cost of your social media info in exchange for free stuff. You can get started here.