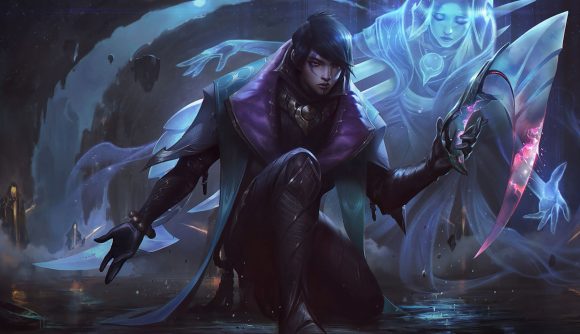 As with players of any online game, the one thing League of Legends players love more than playing is to complain about balance and a recent survey on the LoL subreddit gave them an organised chance to do just that. If you want hard numbers on how much everyone hates any given League champ, you’ve now got them.

Unsurprisingly, Aphelios tops the list. 39.98% of the 10,000 players surveyed call him the most annoying ADC to play against. (Caitlyn comes in second place at 15.03%.) The numbers are likely boosted a bit thanks to how recently he was added to the game, but it’s not the only extreme reaction to the champ – Aphelios reached a 223% ban rate in a recent tournament, and players have been calling for nerfs pretty much since release.

The other top picks in each role aren’t quite so overwhelming. The most annoying jungle champ is Shaco at 23.26% of the vote – then we’ve got Yasuo leading mid-laners with 18.58%, and Pyke tops supports with 11.71%. The faithfully memeable Teemo tops the top lane with 10.49% – but at least Teemo has graduated into that ‘love to hate’ category.

Meanwhile, you can check out our guide to the best League of Legends champions if you want to more effectively annoy your opponents.