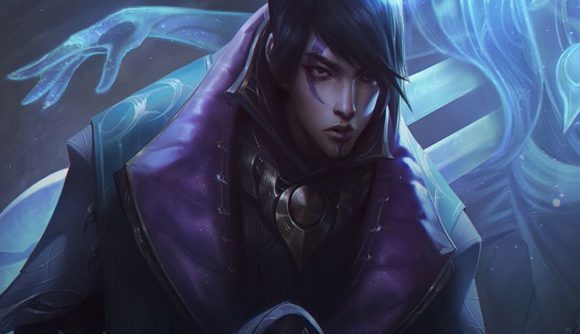 November 25, 2019 Riot has posted an Aphelios trailer and more information about the upcoming champion.

Attention, League of Legends fans – a new champion is on the way. That’s according to a new biography that’s appeared on the League of Legends Universe site unveiling Aphelios, ‘The Weapon of the Faithful,’ and a new trailer you can check out right now, below. Plus, he arrives in League of Legends patch 9.24.

The bio states that Aphelios will be a marksman, belonging to the small group of Targonian Lunari in the game, alongside existing LoL champions Zoe and Diana. His introduction follows hot on the heels of fellow marksman champion, Senna, The Redeemer, who arrived with the recent League of Legends patch 9.22, and featured as part of the virtual LoL hip-hop group True Damage at the LoL Worlds 2019.

“Born during a rare lunar convergence, when the physical moon was eclipsed by its reflection in the spirit realm, Aphelios and his twin sister, Alune, were celebrated as children of destiny by those of Targon’s Lunari faith,” the description reads. While Alune is a “seer” gifted with magic, Aphelios’ power is physical, having a mastery of the “mystical moonstone blades.”

Following an attack on the Lunari by an army of the Solari, Aphelios was defeated, “his moonstone blades shattered on the ground” – but Alune was able to help him, giving the gift of magic to his hands, “a replacement for his blades solidifying into moonstone.” 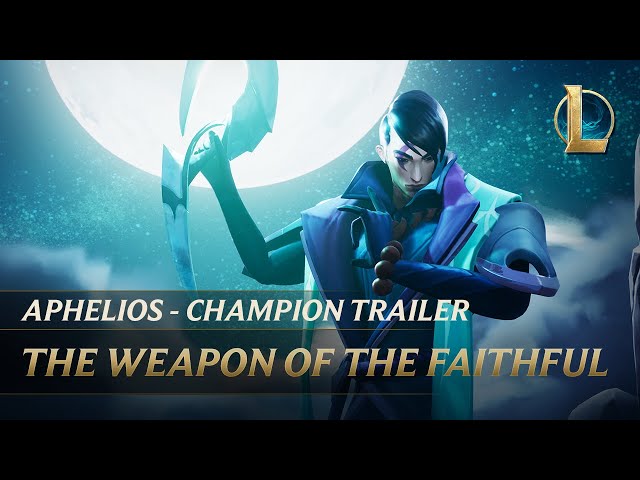 Now, the new champion has “become a conduit for the moon’s power,” guided by his twin, who sees through his eyes – and his training as an assassin has been strengthened by his sister’s magic power, “his blades now an arsenal of mystical weapons.”

The Universe has been updated!
First up, a new champion page is up – Aphelios, the Weapon of the Faithful!
Champion Page: https://t.co/0XTKoakF4m
Full Biography: https://t.co/7JdEYbzeFs pic.twitter.com/6WnBfK43mN

Best of all, Riot has posted Aphelios Kit Primer details today giving us a glimpse at some of the champion’s kit, attacks, and abilities, which you can get a look at here. It’s a lot to absorb, and as Riot says, “mastering Aphelios’ moonstone arsenal may prove to be one of the most daunting challenges in all of League. Are you devoted enough for the task?”

When does aphelios come to leagUe of legends?

In the Aphelios Kit Primer post, Riot reveals that the marksman is headed to the game very soon: “Ready yourself, the Weapon of the Faithful arrives during patch 9.24.” Keep checking back for the League of Legends 9.24 patch notes which will arrive very soon.