It looks like League of Legends’ game systems are getting quite the go-over for this year’s Preseason period – and it’s getting some totally new ones, too. Riot Games has just posted details of its (pretty extensive) plans for League’s 2022 Preseason, which hinge on two key goals: “Improve and build upon existing game systems” and “reward progression in a more meaningful way”, so expect to see some important changes to the ones you know, and some new features such as Challenges when the testing rolls around.

“This year, rather than focusing on re-envisioning one particular area of the game, we are focusing on places in our current systems (both in- and out-of-game) to strengthen and expand on,” the studio explains in its new blog post. It adds that you won’t see a “giant, sweeping overhaul” for this year’s Preseason, but instead there’ll be a strengthening of what it’s already been building on over the past couple of years.

First up, there are changes coming to League’s dragons. Building on previous additions like map terrain transformations, Dragon Souls, and an Elder Dragon buff, Riot’s aiming to “expand the possible unique environments players find themselves in on Summoner’s Rift” by exploring some potential new features for the dragon space.

Details on what the studio’s planning exactly are thin on the ground right now, but it does give us a flavour. Riot explains it’s looking into new terrain features that’ll help make matches feel more unique and change how they play out after a map’s changed. It’s also examining “expanding the thematic possibilities of what empowers a dragon and how that empowers champions on the Rift”. There’ll be more to follow on this later in the year. 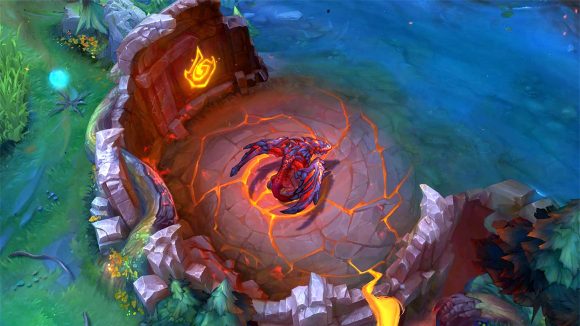 Riot’s also targeting items this Preseason – specifically around Mythic and Legendary ones. The studio wants players to be able to make “meaningful” decisions for champions at a Mythic level, but Legendary items can work a little differently, with some being great picks for some specific champs rather than having universal appeal. The devs say they’ve spotted some gaps around this goal, so it’s looking to add more Mythic options for supports, and improve Legendary options for mage, assassin, and tanky champs.

As for Runes, Riot says it wants to rework Inspiration keystones and make some “secondary rune balance adjustments as it feels the former’s tree identity has “been fairly unclear” and it wants to broaden the cases for its keystone use.

Onto the new, a system that should be coming in with Preseason 2022 is Challenges. Through this, players will get rewarded for the goals they complete in their games – and these are pretty wide-reaching to suit all kinds of playstyles. The studio gives the examples of those who might prefer collecting skins and champs to climbing the ranked ladders, prefer ‘Creep Scoring’ to executing kills, or “being the ultimate skillshot dodger” – there’ll be Challenges to complete that reflect all kinds of approaches to the game which let you show off what kind of player you are. 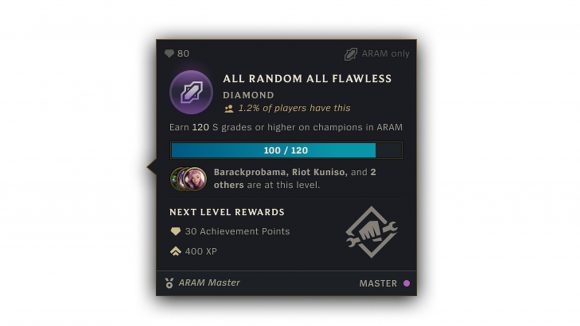 These will be trackable and comparable in the game, and there’ll be lots of different kinds of Challenges to strive towards, Riot says. Depending on player feedback – and changes that might be needed as a result – this feature could ship either with Preseason or early in 2022.

If you’re keen for the full rundown on Riot’s current plans and approach to Preseason 2022, head to the game’s site at that link. To see what’s coming up much sooner, check out our rundown of the League of Legends patch 11.17 notes. There’ll be more about Preseason with September’s Quick Gameplay Thoughts post and the next LoL Pls in October.