On stage at London’s Wembley SSE Arena last year, during the quarter-final stages of League of Legends’ Worlds 2015, Marcus “Dyrus” Hill announced his retirement as Team SoloMid crashed out of the tournament. To say it was a surprise is both an understatement and an inaccuracy. Dyrus’ long pro career, starting with the team in season 2, meant he had been a mainstay of North American LoL, and yet his final season with TSM was marred by poor performances.

Here are the best LoL players still fighting on the international stage.

Now, emerging from the highest profile retirement thus far in eSports, Marcus “Dyrus” Hill has taken to streaming as his onward path from professional play. Given his experience inside one of the organisations at the centre of the current wage dispute with Riot Games, Dyrus is well-placed to give a player’s perspective on life after LCS and League’s pay problem.

PCGN: How have things been since retirement last year?

Marcus Hill: Life has been fine, there’s been a lot of training and boring money stuff for the stream like working out what to pay myself, or moving to another place to pay off taxes or not living in California so I don’t get taxed most of my income. Also it’s about getting sponsors and making a good impression on other personalities. So far I’m just working on myself as a person and my personality to try and entertain my fans better through those platforms. 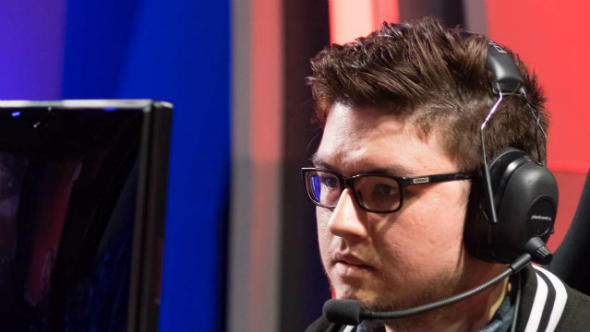 What finally prompted you to take the next leap in your career with retirement?

It was a really, really awful team dynamic. There’s a lot of simple things that I could point out today that weren’t being done in the team, because everyone was so stressed out that they couldn’t even do the simple stuff. For me I was just stressed out to the max, so my mechanics, my champ pool and our team play, even if I did everything right it would still be extremely hard. When it came down to it I just had way too much stress, I broke on stage, basically, and that’s when I knew if I couldn’t handle the pressure, that means that I probably don’t want it enough.

I feel like there’s a lot of other top laners who can do just as good or better and can deal with pressure better so I decided that I should probably retire. Because, first of all, streaming and YouTube makes me a lot more money and my motivation is dying. And this is the kind of brutal game where if you don’t have the motivation, you’re not going to do well, especially if you’re expected to perform at a certain level. There were a lot of problems with our team that we could identify but no solutions, so it was good for me to step down [and] have the team reset with motivation and a brand new team starting from ground zero. Now TSM is a bunch of guys that all work really, really hard and they’re all highly mechanically skilled.

Retirement is usually a scary decision for most pros, but for you it seems like a load off.

Retiring has made my life easier but it’s still almost the same amount of work, it’s more that you get to choose when you work and when you rest. Instead of having a set schedule, you can go at your own pace. You don’t have to overbook things, you’re more aware of what you’re doing because you’re scheduling everything. Thinking about hiring a manager – I have an editor, I have a bunch of mods. It’s kind of like a small business where I just entertain my viewers because there’s so many. As for the worries of retirement, it really depends on the player. You can be one of the best players in the world, but if you don’t have the following it’s kind of hard. A lot of players go into working for Riot or working [at] the desk, some go to school. For me it was more about turning what I got from League into a career and for the guys that don’t have a career, there’s just school or trying to use their connections to get a job.

You mentioned that you make more money streaming than from playing. Is the wage dispute that Reginald [Andy Dinh, owner of TSM] kicked off with Riot recently really that bad?

For me it wasn’t really about the money. It was the fact that it’s already a dream job, so they don’t realise a lot of players in LCS don’t realise their worth. I don’t feel like certain players aren’t getting underpaid, but I think the ones that are extremely good should be valued more, kind of like in sports how some players have contracts worth millions. For example, in America there’s a set salary for each team and the owners decide how much to pay them from that salary given by Riot. So the owners can’t pay the players more. The only way they can do that is through merchandise, sponsors, through what Riot gives them, and there’s just not enough compared to their worth. 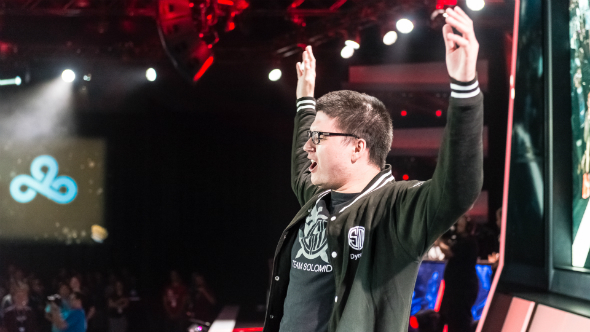 Doublelift and Bjergsen said this before, but let’s say if they just quit LCS and made a stream, they’d probably make five to ten times more from that than actually playing in LCS because when a player does good or they win, they only get the prize money. They don’t get a higher salary for being worth more. In China there are some players with million dollar salaries because they won Worlds who then fall off because they lose motivation. That isn’t a very sustainable thing. There’s been a huge discussion around this whole topic, basically it’s a lot of players getting underpaid – but not everyone. It’s kind of blown out of proportion for certain players, but the for the ones that are on top they do deserve more. People who play League get way more following because Riot invested in LCS. They get way more money than most eSports because they’re not all as developed yet.

How do you think League’s remuneration compares to other big eSports scenes?

The next example would be Dota. [It] gets a ton because all the fans put money in through the compendium and for CS:GO it’s a lot more popular. CS:GO’s been around for years and there’s a lot of super popular teams. Fnatic sells a lot of their merchandise so I’m sure their players get paid a lot. League is still pretty healthy in terms of gains but at the level it’s at right now, since it’s so up there, the pay is just underwhelming for certain players.

As a former player, do you have an idealised approach you’d like to see Riot take?

I don’t have a solution, but I think that Riot and the owners are trying their best to work towards a solution and figure everything out positively, so it’s a win-win for each other. it’s kind of a problem that you can’t really predict because it’s never happened before. This is just so new that you don’t realise it until it happens, and the problem isn’t brought up until enough people talk about it. It’s one of those things that’s slowly going to change and most likely get better over time. It’s not going to be something that just kills LCS where they just stop streaming, it’s going to be something where they all are going to work together towards a common goal where everyone has a mutual interest. 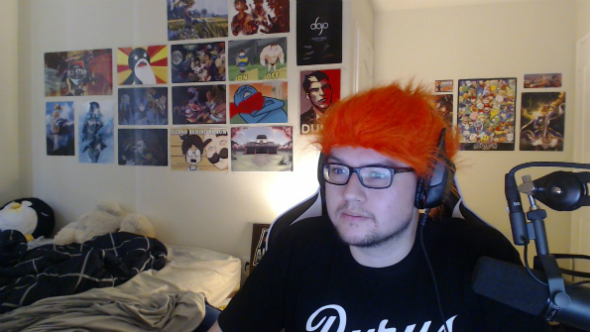 Some of the options Marc Merrill and Reginald spoke of included merchandising and franchising – do you think that’s the way to go, rather than increasing prize pool sizes?

One of the [issues] is that the Worlds prize pool is still high but because the LCS slots got inflated, [to the extent that] now an LCS slot is [equivalent to] Worlds. I don’t know if it’s exactly the prize pool, or the fact that all the other slots are inflated because they hear about these things and they’re just coming in [without doing] the full research. I’m not too experienced in that so I can’t say. But as for the solutions, what they do in sports is franchising where the broadcasters, players, sponsors, teams would get all get a percentage. They have a lot of organisations and they split it. In this scenario Riot has invested in LCS so that they don’t actually owe the teams that much because they made it that way. But it’s come to the point where we need to find another solution. Like merchandise, I think merchandise would help a lot. Say if someone buys a TSM jersey then that [revenue] just goes straight to the team, they’d probably work towards something like that and a lot of in-game things.

Reginald and most of the NA LCS team owners are now in discussions with Riot, but is there any part players can take in those discussions?

In the past a discussion of a player union was talked about around season three or four, but the problem with the player union is that there is no-one there to fund it. Riot wants to do everything they can in the player’s interest in terms of player support, whatever they can do in their power. But because Riot as a company is not just one person, they all have to work things out among themselves. And a player union or, rather, a team owner union is very important. Everyone recognises the need for it, so it’s a mutual thing. I don’t know where that is at right now because I retired and I’m not a team owner or anything, but I know they’re slowly learning and working towards it.