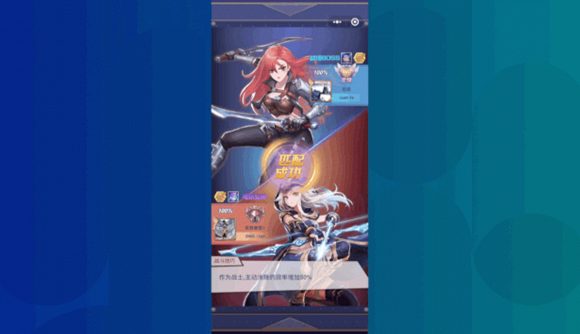 League of Legends has crossed over into one new genre with Teamfight Tactics, but that’s apparently not the only crossover Riot Games has in mind. The developers have partnered with Tencent to build a match-3 puzzle game for the Chinese market which features League champions in a cartoony style aimed at younger audiences.

Without any apparent marketing, Fingertip Summoners went live as a ‘mini program’ for Tencent’s WeChat app. It matches players against each other for competitive puzzle battles, and appears to bring in League champion abilities as special powers to help make matches and do damage to your opponent.

It looks like the game is primarily aimed at familiarising younger players with the League of Legends IP, as Abacus suggests. League of Legends is still one of the most profitable games in the world, but at this point it has so completely saturated the PC market that if it’s going to keep growing, it’ll have to find new audiences.

Maybe it’s all prep to get players into the impending mobile version of League of Legends.

Riot Games has been talking about earning the ‘s’ in its name for years, and while this isn’t Legends of Runeterra, it probably still counts – even if we aren’t going to be playing it in the West any time soon.