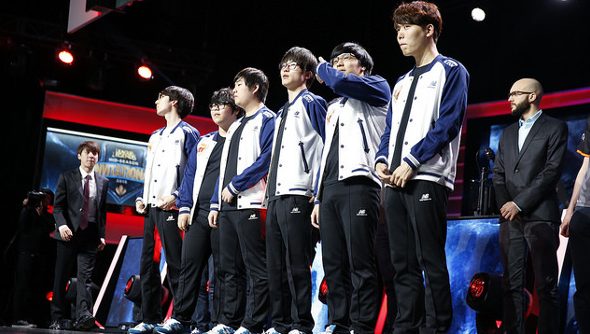 Korean and Chinese League of Legends have been on a collision course this year as the two powerhouse eSports communities vie for LoL world title. Today, at the Mid-Season Invitational, Korea’s SK Telecom team (the 2013 World Champions) will play against China’s EDward Gaming in what could easily be a preview of the World Championship final.

At stake is a $100,000 grand prize and, more importantly for these two teams, an early verdict on whether China’s leading eSports organizations have managed to catch-up to Korea’s most venerable and accomplished professional gaming teams.

From halfway through 2013 through the end of 2014, Korea enjoyed unquestionable and unchallengeable supremacy over professional League of Legends. What the eSports colossus had done in Brood War and StarCraft 2, it had now done to League of Legends.

But MOBA-mad China was not ready to surrender the right quite so easily. Taking an “if you can’t beat them, buy them” approach, several Chinese teams reached out to the very players who had made Korea dominant in League of Legends and offered them massive contracts to come play on Chinese teams. As a result, Chinese League of Legends is now powered by some of the players who were widely-regarded as the very best in the game in 2014.

EDward Gaming (EDG) is one such team. With last year’s dominant midlane superstar from Samsung White (Heo “PawN” Won Seok) in their lineup, EDG have a formidable weapon in their arsenal against SK Telecom. He’s joined by fellow Samsung expat Kim “Deft” Hyuk Kyu at AD Carry. They are complemented by Chinese stars like Ming “ClearLove” Kai, who has been one of China’s top players for ages, and Tong “Koro1” Yang. 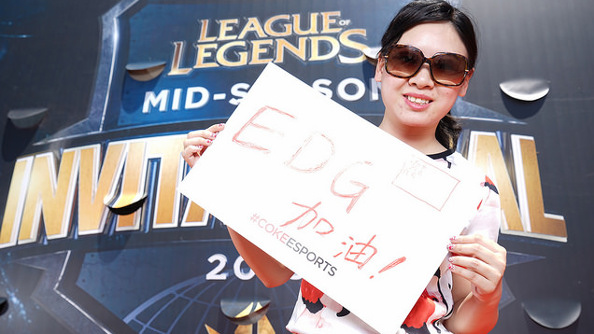 Yet in their first outing against SK Telecom, during the group stage of the Invitational, EDG didn’t have much more luck against a top Korean team than the old Chinese teams did. Now, in a best-of-five series, they will try one again to give China’s League of Legends scene equal standing with Korea’s.

SK Telecom are a very different team than the legendary squad that breezed through the 2013 season to take the world title. While Lee “Faker” Sang Hyuk may still be playing mid lane for the team, SK alternate him with Lee “Easyhoon” Ji Hoon, who might even be a stronger mid laner at this point than Faker.

The changes to SK didn’t seem to faze the Korean team, as they looked almost flawless throughout the group stage and handled EDG with ease. However, after an unexpected near-death experience against Fnatic yesterday, SK suddenly look more mortal and vulnerable to non-Korean teams than they ever have. The question for EDG is twofold: did Fnatic uncover a chink in SK’s armor, and can EDG exploit it?

It’s more than just a question of regional pride. While Korean talent has been easy to import to other regions, replicating the other factors that make Korea so dominant at eSports has been near-impossible to date. Chinese teams have invested a lot in creating strong organization and infrastructure, and now they’ve gone so far as to hire Korea’s best players. If EDG get destroyed by SK yet again today, it will cast doubts on whether China’s best teams have found the right recipe for success at Worlds this year.

The Mid-Season Invitational Finals begin today at 10 PM UK / 5 PM Eastern, and you can watch them live on LoLEsports.com