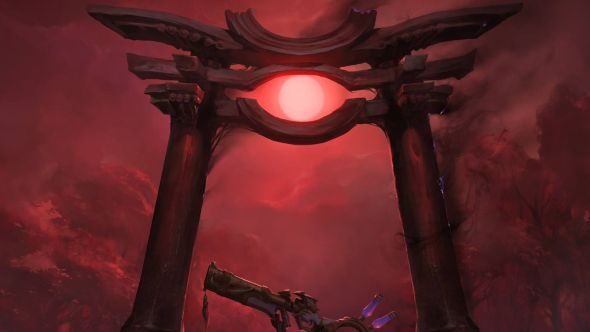 With the next PBE patch due tomorrow, 7.3, Riot have teased the next set of event skins for League of Legends. The Blood Moon will bring a particularly spooky set of cosmetics for Diana, Jhin, Talon and Twisted Fate (all based on Kalista’s original alternate Blood Moon skin), based on the teaser posted on social media, as well as a new ward skin datamined from the previous PBE cycle.

For the live game, League of Legends patch 7.2 will arrive in the next 24 hours.

A blood moon is rising. pic.twitter.com/vJaPh49hsI

Seen at the end are the five characters in question, as well as the particularly spooky version of Summoner’s Rift. Exactly how that’s implemented we’ll see tomorrow once the 7.3 PBE is available. Another teaser was also tweeted a few days ago:

Blood in the heavens. Blood on the earth. pic.twitter.com/wLHy7arksn

As detailed in our coverage of the 7.2 PBE, a ward skin was also datamined, though no in-game assets have yet been found. Expect that to be revealed too, along with a bespoke login video and more.