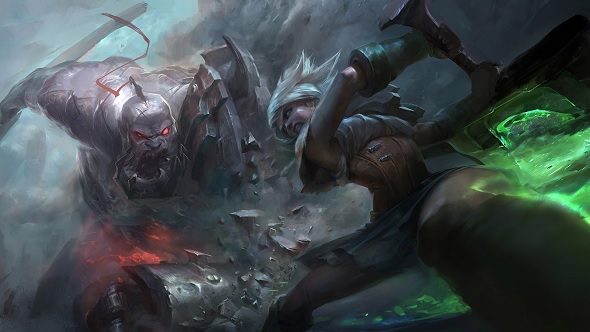 As part of their ‘/dev’ series of blog posts, revenue lead for Riot Games Areeb ‘Bubobubo’ Pirani has released an article detailing how the company reached their current business model for the massively successful MOBA. The post shortly traces League of Legends’ entire history, of how it was briefly a game you could buy off the shelf to the free to play juggernaut it is now.

Struggling to find the MOBA for you? Our MOBA guide may help you out.

The traditional model of boxed expansions did not sit well with Riot, as they wanted an “experience that improved and grew every few weeks as opposed to dropping a big release once a year.” As such, a free to play model with optional purchases seemed the best way forward, allowing Riot to constantly develop League of Legends while providing a service for all players, regardless of how much they spent.

While there have been tweaks to skin prices and more items added to the premium shop, Pirani states that Riot have always stuck with four main principles when balancing League’s revenue model. These include keeping the game fun to play above all else, ensuring that players can be the best without spending a penny, never harassing the player with constant reminders to buy premium content and always striving for improvement.

Pirani admits that there have been problems along the way, like “first launching Chromas or getting rid of solo queue,” but Riot have remained receptive to player feedback and made sure to fix anything that does not fit to their design ethos. There are still some challenges to overcome, especially with Runes, but the recent change which made all Tier 1 and 2 Runes only cost one LP is helping new players achieve competitive builds at the lower levels.

This post should elucidate Riot’s way of thinking when it comes to future decisions concerning revenue generation, as well as giving players something to help give the company a gentle reminder should they release something outside of these design tenets.