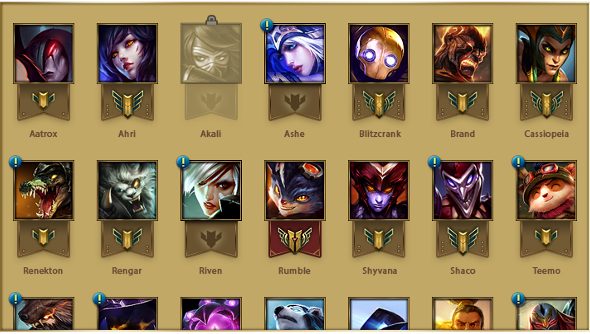 After a stint in testing, League of Legends’ new progression system, Champion Mastery, is now live. At least in North America. The rest of the world has to wait just a wee bit longer, probably later today.

With this new system, players can gain points and ranks for their champions based on the team’s performance in the last match. When players rank up, they’ll get rewards like titles, badges and in-game emotes.

The system has been tweaked a bit since testing. Here’s what’s changed:

Got questions? There’s an FAQ for that.