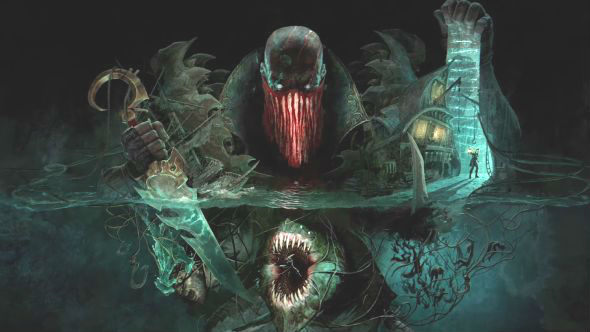 Despite developing a roster of more than 140 champions, League of Legends developer Riot Games has no plans to slow down. In an interview, lead game designer Andrei ‘Meddler’ Van Roon told PCGN that “there’s an enormous amount of things we still want to do.”

In a conversation about League of Legends’ latest champion, Pyke, whose abilities are recognisable from the kits of champions like Darius, Thresh, and Evelynn, I asked Meddler whether it was difficult to design something brand new within a champion roster as well-developed as League of Legends. While he admitted that “it certainly gets more challenging with every new champion we put out,” he’s “not worried about running out of ideas.”

League? Dota? Heroes of the Storm? Here’s our list of the best MOBAs.

In fact, a bigger difficulty is making something new while retaining player recognition when it comes to developing champions; “some of the challenge is actually finding things that are different enough from existing champions without being so weird that there’s no transfer of skill possible, or it feels really awkward, or a completely separate game.”

“With Pyke, we wanted to try and find that sweet spot between ‘I’ve seen some of this stuff before and I know how to use it’ […] with ‘the things that I can do with it and the experience it offers me and other players is really different’.”

That sweet spot can be hard to find, and Meddler outs jungler Ivern as an example of something too unrecognisable for the playerbase at large. Despite admitting that the champion’s kit “works fantastically for a small niche of Ivern players,” he says that “a lot of players gave him a try and thought ‘he’s too different, it’s not for me’, or ‘this doesn’t test the sort of skills I find fun’.”

If you’re new to LoL and trying to figure out exactly the kind of skills that you enjoy, check out our list of the best League of Legends champions for beginners. There’s no one on that list quite as edgy as Pyke, or quite as niche as Ivern, so you should be all set to find your next main.