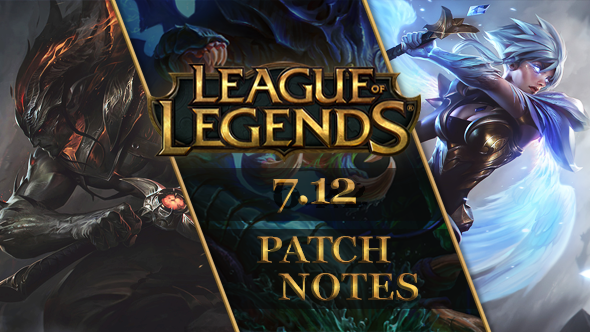 League of Legends’ next big content patch is 7.12, introducing the Order & Chaos conflict and respective skins for Yasuo and Riven, as well as a host of balance and bug fixes. Singed is getting a minor rework while support items have big targets on their backs. Have a look below for all the information we’ve got, straight from the PBE.

Patch 7.12 will release on Wednesday June 14 at 3am PT for NA, 5am BST for EUW and 3am CEST for EUNE. Keep an eye on the server maintenance page for the latest updates.

Of note: a large number of changes were removed from items after we made our 7.12 video, hence why you don’t see as many mana adds here.

Locket of the Iron Solari –changed 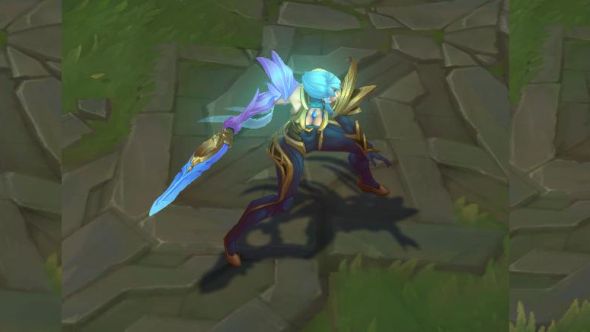 Being a high-tier skin, she also has her own voice over: 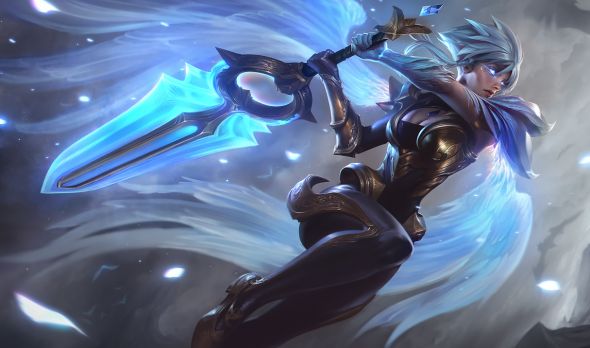 Being a high-tier skin, he also has his own voice over: 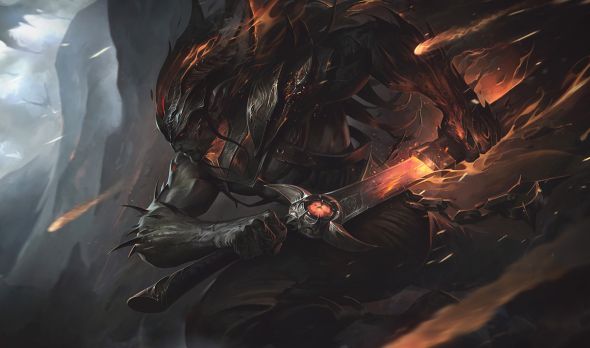 As with most new skin releases, new wards are accompanying them. It’s a bumper offering this patch thanks to the Order vs. Chaos

There’s also a load more themed content coming via the missions system. This will be the first big deployment for that, so expect a few bugs. [email protected] have a full breakdown of how it all works and, as you might expect in 2017, it’s ludicrously complicated.

Each patch has its own login screen with unique music. They’re always fairly excellent, and 7.12’s is no expection. It’s based around the Order & Chaos conflict, unsurprisingly, with some incredible art:

Huge changes coming to Honor (and Runes, as we covered) this patch. There’s a full breakdown over on the Riot forums.

Looks like Blood Moon will be heading back into the rotating game mode pool soon, as it’s back on PBE for testing. Here’s Riot’s post about it.

Lead gameplay designer Meddler has his usual round of posts about the patch, including context on Kindred, Rek’Sai and more changes. He also mentions potential future changes to Azir, explains the removal of Rakan’s buff and Malzahar’s nerf. Some info on what’s coming next was revealed too.

That’s League of Legends patch 7.12. We’ll update as and when we get more info, or we’ll see you for patch 7.13 in the very near future. Let us know below if there’s any vital info we missed!