League of Legends’ next big content patch is 7.23 , introducing Zoe, the Aspect of Twilight, as well as a host of balance and bug fixes. There’s even a brand-new game mode, Overcharge, to celebrate the release of the three new PROJECT skins arriving with this patch. Have a look below for all the information we’ve got, straight from the PBE.

We don’t know the exact release date for patch 7.23 yet, but the schedule is bi-weekly so expect it on Wednesday November 22. We’ll update when Riot do, but keep an eye on the server maintenance page for the latest updates.

Zoe, the Aspect of Twilight, is hurtling through the stars, set to arrive on Summoner’s Rift with patch 7.23. Zoe’s a bubbly, exciteable, and highly mobile burst mage, who can salvage her opponents’ spells to use against them.

(NB: Zoe’s not available on the PBE just yet, so all of her stats are subject to change)

You can get a look at what all of that looks like in the gameplay video below:

You can also check out Zoe’s full voiceover:

Zoe also has ten minutes of special interactions, much of which is taken up with some significant Ezreal thirst. Check it out below: 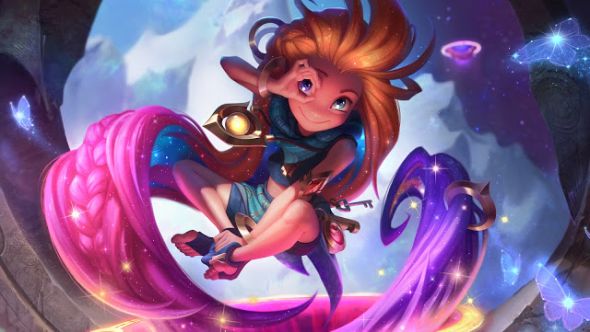 Zoe’s in-client lore explains some of her backstory, as well as teasing some of her relationships to other characters:

“As the aspect of youth, imagination, and change, Zoe acts as the divine messenger of Targon, heralding the major events that reshape worlds, before disappearing for hundreds or even thousands of years. Zoe’s very presence alters the arcane mathematics which perhaps explains the breezy nonchalance with that she approaches the task and her tendency to focus instead on playing games, tricking mortals, or otherwise amusing herself. An encounter with The Everchild can be joyous and life affirming but it is always more than it appears… and always extremely dangerous.”

Turrets now have an extra 300 health, but minions will now deal 40% reduced damage to them, rather than 50% 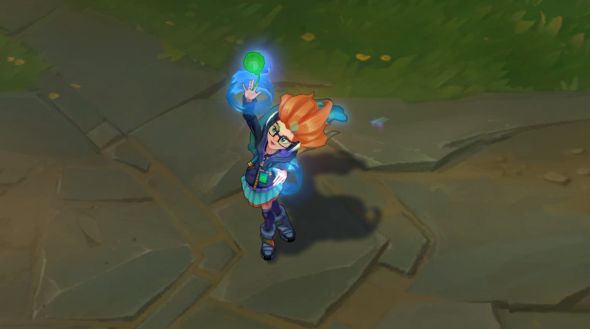 We don’t have any extra info on this skin just yet, but here’s her splash: 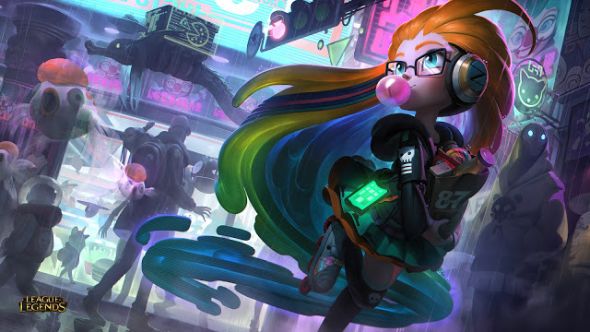 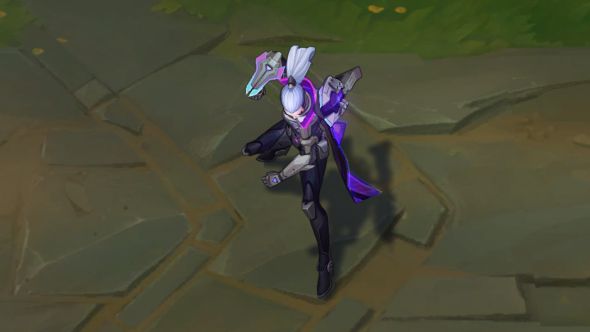 And here’s a quick look at her gameplay, including her very impressive new wheels: 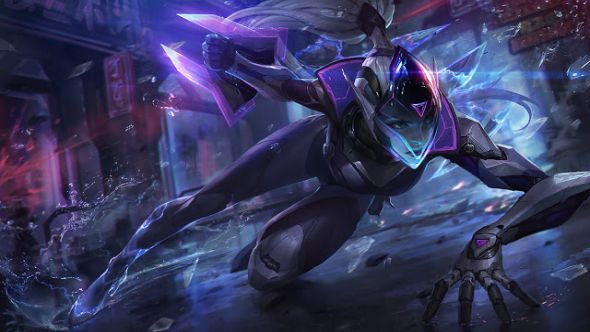 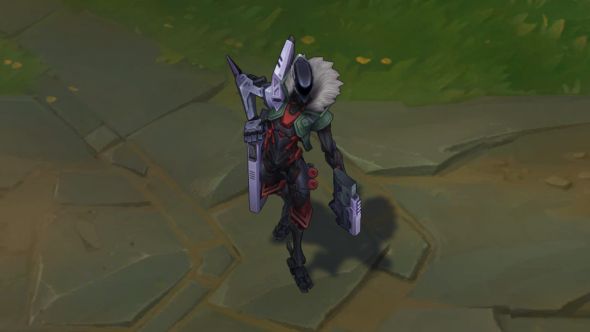 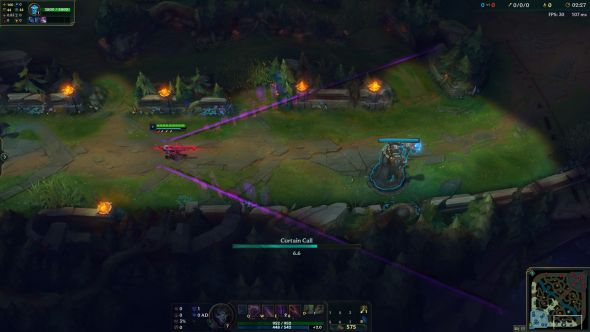 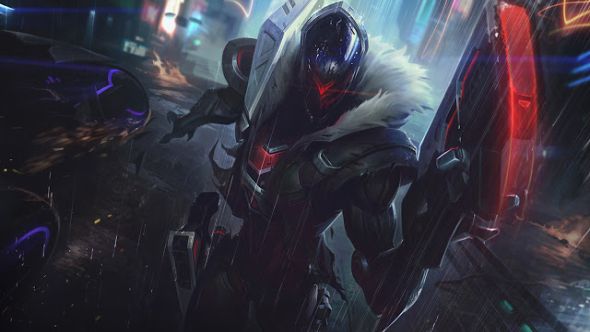 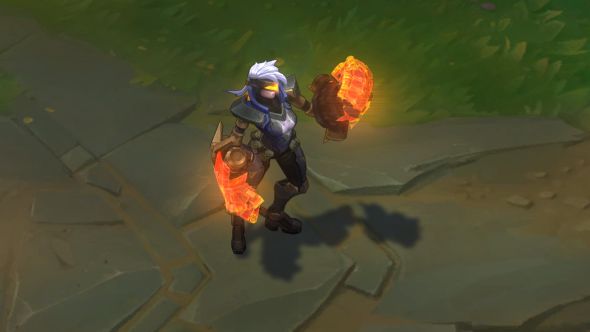 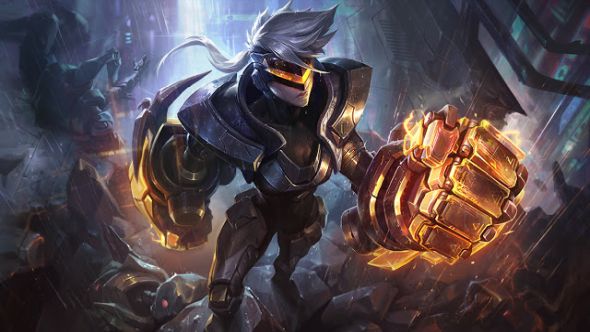 Finally, here’s a look at all three skins in action in a swanky official trailer: 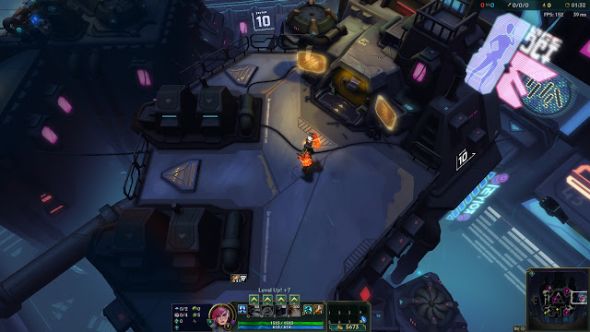 PROJECT//: Overcharge is a new game mode to celebrate the arrival of the three new PROJECT skins. Overcharge is a 3v3, marksman-only map, where the race is on to be the first team to score 50 points by killing enemy players.

Capturing Augmentation fragments around the map empowers your team, making them immune to damage, and granting significant stat boosts for 25 seconds. Overcharge looks to be one of LoL’s most complex new game modes ever, with teleport pads, health boosts, and stat modifiers throughout.

Here’s a quick preview of the game’s map, Substructure 43, set in the dystopian future version of Ionia that the PROJECT skins call home:

Meddler has been discussing the status of the new Runes system. He says nothing’s too far out of place, but a few Keystones might need adjusting. A few champions, like Sona and Yorick, need bringing back down, while Ivern and Nunu are struggling slightly.

There’s also context on the Taliyah changes, which have been swapped in today’s (November 15) update, and more information on the Yorick nerf.

A bug that causes Ezreal to double proc his Q while using Muramana will see a fix soon.

Turrets will be getting a little tankier in 7.23.

Meddler has been discussing game length and snowball rates in his most recent gameplay thoughts. Overall, a combination of aggressive team comps and some strong runes, game times are down by about 30 seconds, although 10 seconds of that comes from the quicker game starts. That sounds small, but across as many matches as League of Legends sees in a typical day, it shows that Runes Reforged has had a meaningful impact.

Each patch has its own login screen with unique music. They’re always fairly excellent, and 7.23’s is no different. The first new login screen focuses on the three new Project skins – check it out below:

That’s League of Legends patch 7.23. We’ll update as and when we get more info, or we’ll see you for patch 7.24 in the very near future. Let us know below if there’s any vital info we missed!