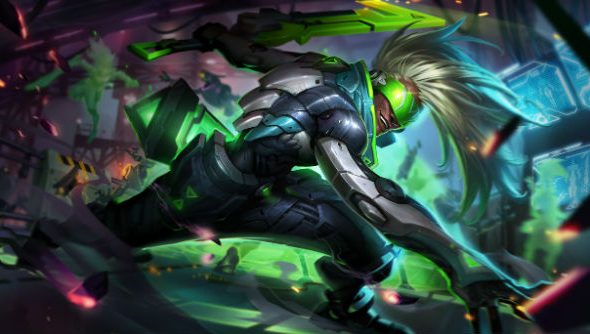 It’s easy to deride skins as vanity items that serve no mechanical purpose, but when it comes to MOBAs they’re a core part of the experience. You invest in complete champions, not sets of abilities. Take League of Legends. Players love Ziggs for his unbridled mania, they want to play Lux for her Demacian optimism, and soon they’ll connect with Kled for his Napoleonic, and very Yordle-like courage.

Skins offer the opportunity to expand upon these rich fantasies and explore a champion’s personality from a different perspective. The LoL store is filled with hundreds of them which have steadily grown in complexity, and ambition, over the past seven years. Minor mesh and textural adjustments have made way for high-concept reworks which add custom audio, new visual effects, and even fresh animation. It’s a business that Riot Games takes seriously, and in which it’s consistently found itself leader of the pack,

We caught up with Anna Donlon, personalisation lead at Riot, and she gave us a detailed breakdown of how League’s library of skins come to be. Welcome to “Skin and Concept Creation 101”. Pay attention – there will be a test. 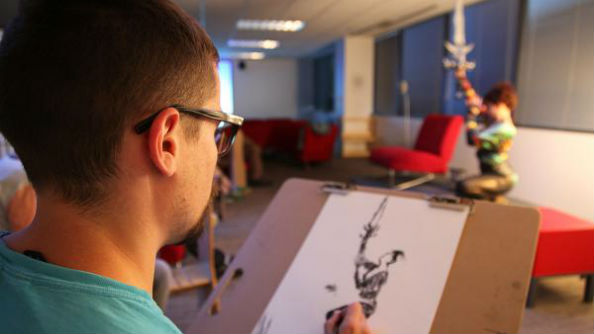 “It’s a priority to grow our artists’ craft and personal career development. We really try to keep raising the bar of quality and we think if you look at how League has evolved over the years, it’s something you can see in the game itself. With every skin we create, we are always trying to improve from our previous releases.

“From sketch jams and figure drawing classes, to deep dives in the latest digital art tools, we keep up to date on art creation techniques to ensure our team is continuing to level up. Investing in people is very important to Riot and League.” 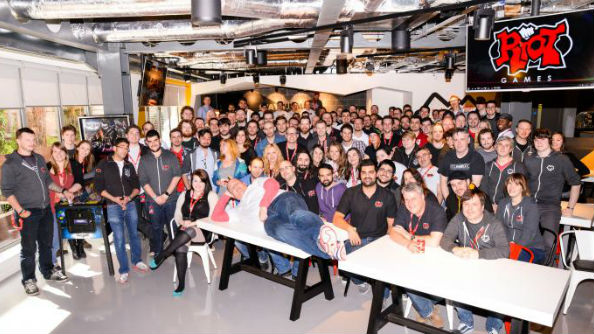 A single splash might be the responsibility of a lone individual, but the creation of a full skin, with all its textures, animations, and voiceover work, takes a many heads and even more hands. League of Legends supports 18 spoken languages, and before a skin can make it into the real world, it needs polishing, localising, and testing.

“Creating a skin requires work from a cross-functional team. I’m the lead for personalization and we create skins and icons and other personalized items players can use in game. Our team has concept artists, 3D modelers, tech artists, animators, VFX artists, illustrators, audio designers, quality assurance analysts, engineers, producers, marketing, localization, game design, and more working to assure a skin will really deliver an amazing alternate fantasy for our players. Our team has to work together across many different skill sets, or disciplines, to create the skins you play and see in game.” 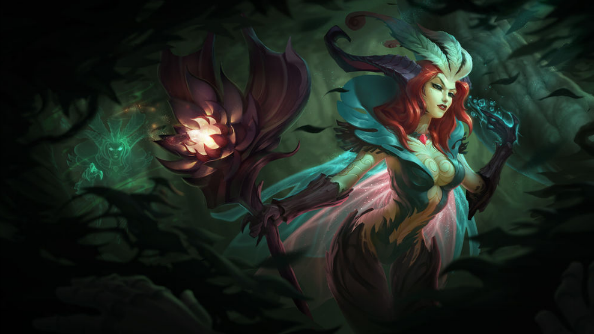 The sheer variety of skin ideas is astounding. They range from the mundane (naming no names, Groovy Zilean) to the sublime, and Riot isn’t afraid to branch out from traditional media in order to source its many concepts.

“We start with blue sky ideation – a concept artist does a spread of rough sketches to proof the ideas – then the team takes a look at it and pursues opportunities for making the coolest stuff. We do not limit our inspiration to games and comics, rather looking to all aspects that affect our players’ everyday lives.

“This can take the form of sports, nature, film genres, or other archetypes. In a lot of ways, the same process that goes into making an entire game is reflected in the process of making a single skin.” 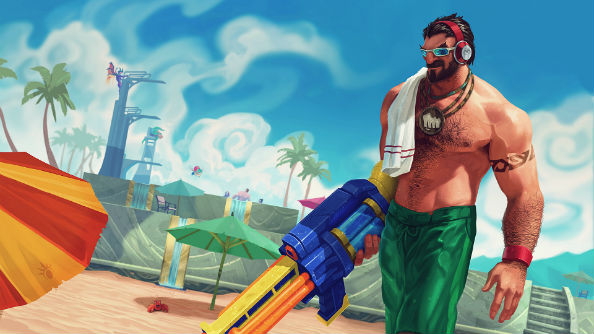 A boring skin is a pointless skin. At the bare minimum it must be as exciting as a champion’s traditional look; at best, far exceed it. Of course, not every concept is a hit, and in order to win some, you’ve also got to lose some.

“We want to amplify player expression and passion for League with diverse, cohesive experiences. We think a great skin can deepen player engagement by satisfying and at times, surprise players. We don’t have a strict Dos/Don’ts list in large part because we want to take risks.

“But if we think something doesn’t work, we’ll keep challenging ourselves until it’s right. We do try to create thematic pillars for all of our skins that help guide us the right direction during their creation.” 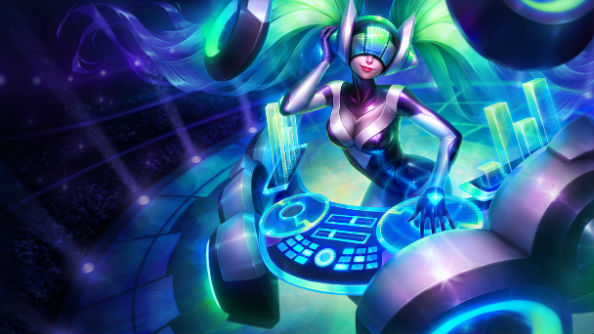 Back in the early days of League of Legends, Riot would release a new champion every two weeks or so. Thankfully this pace has since adopted a more measured tempo, as has the cadence of skin production. Greatness takes time, and nothing less will do.

“It can take between four to six months depending on the complexity of the champion and the scope of the idea, specifically for legendary skins. Our “ultimate” skin line (our highest tier offering) like Spirit Guard Udyr and DJ Sona take significantly longer and are a full team effort. The first concept for Mecha Zero Sion, which was drawn as a passionate but unrequested pitch, happened a full year before the skin launched.“

Get a second opinion 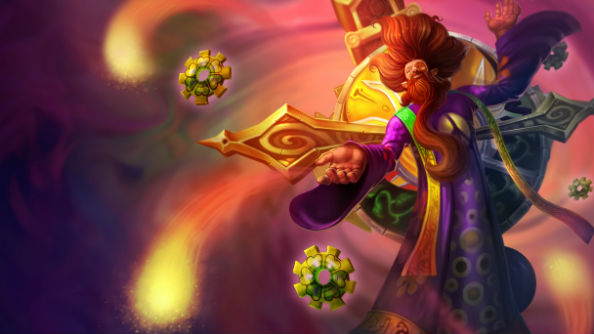 Not everyone within the team will like every idea, but those differences can be a valuable resource. Challenging an artistic creation can help it blossom into something better.

“The ‘original artist’ isn’t a single person, it’s a whole team called Champion Team. Our teams work together and we really want them to be excited about a skin for a new champion as that’s typically a good sign we’re adding something meaningful to accompany this new champion on the Rift.

“We also accept no one skin can be everything to everyone, and as we’re all so passionate about each element of League, differing opinions during development are accepted and encouraged. We’d rather create something that really excites some players instead of something that’s just ok. Skins can be polarizing sometimes. “ 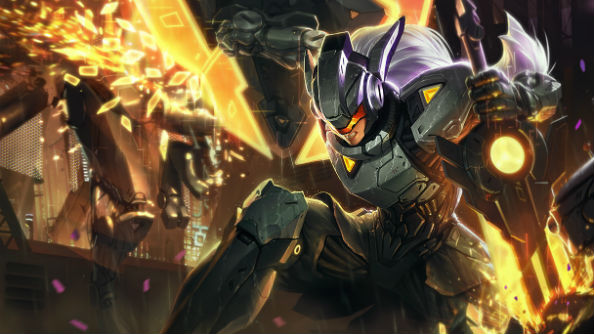 The “PROJECT” series of skins transported players to another world where Leona, Lucian, Zed, Master Yi and Fiora woke up in cybernetic bodies. This year Ashe, Ekko, and Katarina are coming along for the ride. Skins are more than just isolated visual reworks, they’ve begun to tell stories and open up new worlds.

“We’ve really wanted to offer skins lines that offer a deeper alternate fantasy this year. By hinting to a larger world, the skins take on a more meaningful existence that we can explore along with our players. For the most popular fantasies, we can also expand the skin lines. We recently told players two skin lines populate the same universe – Super Galaxy and Neon Strike. This allows players to create their own narratives around the skins, and feel even better when taking these skins in the game.”

That’s all you need to know. Now go, create, and make your millions in the world of skin design. Just be sure to leave us a tip in the comments.