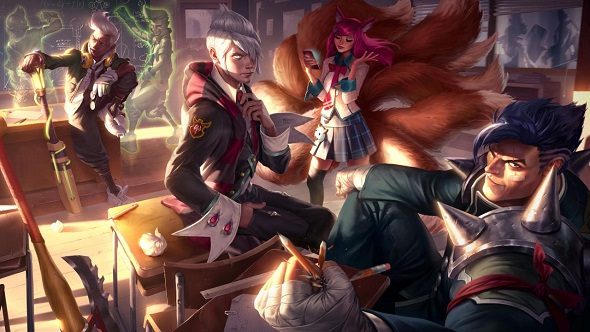 Leading the way for collegiate esports in the USA, the University of Utah will be the first major sports school to offer an esports scholarship to prospective students. Starting with League of Legends, Utah’s first varsity esports team is planned to compete in the 2017 Campus Series, Riot’s collegiate championship.

Find out which MOBA is right for you with our helpful guide.

In a report published by Bloomberg, the University of Utah will be the first of the ‘Power Five’ universities to offer a scholarship for competitive gaming. For those who aren’t fans of college sports, the Power Five are the five richest sports conferences in the USA, made up of different universities who offer up teams to compete in tournaments like the NCAA and the Rose Bowl. With Utah’s official backing of esports with their first varsity team, we may soon see a conference pop up around competitive gaming as more colleges offer similar scholarships.

These scholarships will be funded by the university’s Arts and Engineering department, which was proclaimed to have the best game design course in the country by the Princeton Review back in 2016.

The first wave of scholarships are only partial, with Utah planning to expand to full scholarships for up to 35 students across a handful of games. At present, Utah’s esports team will operate separately from the university’s $70 million sports program, with future scholarships hopefully supplemented by sponsorship and marketing deals.

Many esports teams have recently received substantial investment from household names, with the city of Washington D.C. recently sponsoring NRG Esports, while Misfits has become a strategic partner of the Miami HEAT and Splyce has joined up with the investment company that runs the NHL team, the Boston Bruins. Collegiate esports may rise to rival traditional college sports in the next ten years, as more Power Five universities put funding into supporting esports programs.