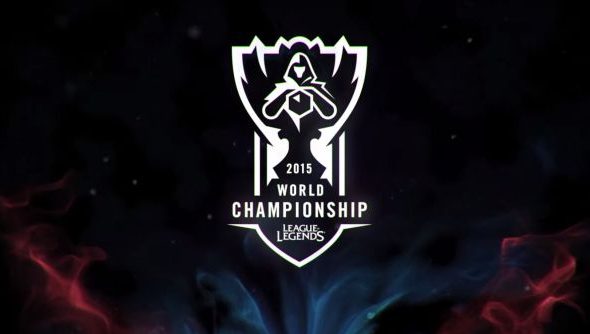 The finalé of League of Legends’ year of competition is taking place across October, with 16 teams from around the world touring Europe as part of the World Finals. The group stage starts tomorrow and runs until the 11th, when the best eight will move on to the elimination stage. As is their way, Riot are pouring their infinite money bucket onto the hype fire and, along with the series profiling the game’s most famous players, have created an over the top trailer for the group stage.

As a casual observer and enjoyer of Riot’s ability to point their wallet at things and make magic happen, this isn’t really up to their usual standard. Less interesting, well animated or stylish than the recent PROJECT trailer,it also lacks the pure passion, ridiculous concept and, well, everything else of last year’s attempt:

The song this year doesn’t even have a video. Poor show.

As for the event itself, it all starts at 3pm British time tomorrow, which is 4pm on the continent, 10am on the East Coast or an early 7am start for those of you on Pacific time. That’s the opening ceremony, with the first game between EU hopefuls Fnatic and Chinese all-stars Invictus Gaming getting started half an hour later. There are then six games a day with a break for the 5th, 6th and 7th, concluding with Fnatic vs. ahq e-Sports Club, the best Taiwanese LoL team.

If you’re looking to follow along, the official League of Legends Worlds sitewill have everything you need and full coverage. Some more info on the format and who each team are on Gamepedia. Personal predictions? A Korean team to take it all, probably SKT-T1, and European and American fans to be salty about their teams getting smashed at every turn. What about you?