Zoe is the latest champion heading to League of Legends, set to arrive with patch 7.23. We’ve been playing around with her on the PBE, figuring out the best builds, runes, and strategies for Zoe.

Find out more about Zoe with League of Legends patch 7.23 notes.

Start with a Doran’s ring, and work up towards Sorceror’s Shoes and a Luden’s Echo. That’ll give you more opportunity to chase down targets, while the passive on Luden’s will help with Zoe’s weak waveclear. Lich Bane and Hextech Protobelt will also help out with extra movespeed and cooldown, helping Zoe use as many Paddle Star’s as possible, so opt for them towards the end of laning phase.

If you’re struggling in lane against a Talon or a Zed, go for Zhonya’s Hourglass for a mix of AP and armor. If it’s another mage, go for an Abyssal Scepter. Finally, if you’re doing well in the late game, consider a Rabadon’s Deathcap, or a Void Staff, to maximise your damage.

As a burst mage, Zoe wants to maximise her magic damage output. As a result, you’ll want to opt for the Sorcery path, with Arcane Comet as your keystone. Then take Manaflow Band for sustain, Celerity for mobility, and Scorch or Gathering Storm for extra damage.

For your minor rune page, go for Domination, using Cheap Shot to capitalise on Drowsy/Asleep targets, and Eyeball Collection to get as much damage down as possible.

In lane, Zoe needs to use her Q to poke enemies down, but you’ll have to find inventive ways to hit them, as it can’t go through minions. Use it in conjunction with her ult and her E, to snare your enemies before jumping forward to maximise its damage. Don’t be afraid to play aggressively – a combination of poor waveclear and high mobility means you need to play up in the lane to get minions, but aren’t massively susceptible to ganks. 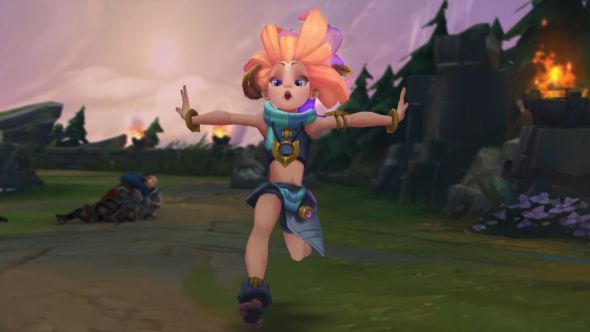 In the mid/late game, you need to focus on the squishy enemy carries, using your ultimate to jump close to them or your E to put them to sleep before allowing your team to pile in on them. Zoe can also be useful for objective control – her ultimate and Q, when used together, can take an enemy team by surprise, allowing you to steal baron and dragons away.

Remember that in order to get the most out of your Q, you need to be looking for targets behind the frontline. Zoe will do much more from the side of a fight than directly in front of the enemy team, and her E gains travel distance if it goes through terrain, so look for unexpected angles to take enemies by surprise.

Zoe’s E, Sleepy Bubble Trouble, can lock down champions from a long way away, so try to pick champions that can cover ground quickly. Aggressive junglers like Rammus or Master Yi will help her make the most of her time in lane.

Limited defensive mobility means Zoe will definitely benefit from playing alongside a support like Janna or Lulu, who’ll be able to help get her out of trouble. Other champions with hard CC will always be a good pick, as they’ll work well with both Zoe’s E and Q. 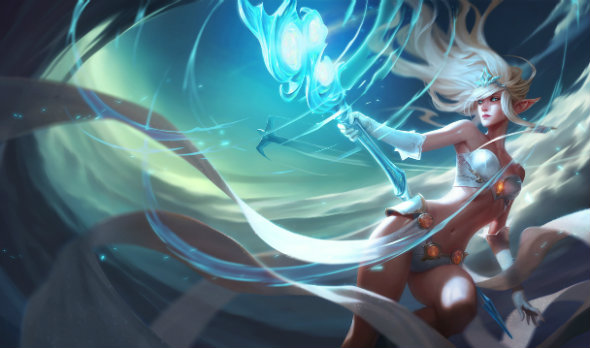 Champions with dashes could cause Zoe problems, as not using Summoner Spells stops Zoe from using her W, Spell Thief. Steer clear of Zed, Ahri, and Akali.

With her significant mobility, Zoe will be a strong pick against immobile mages like Annie and Karthus. They’ll also have a tough time avoiding her Q, so make sure to pepper them throughout the laning phase.