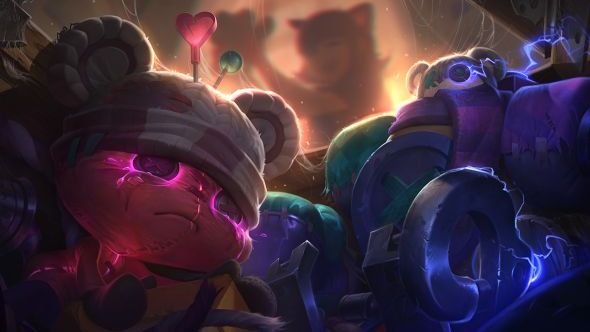 Riot has confirmed that it will not release the Sewn Chaos skins for the League of Legends champions Blitzcrank or Amumu. They want your feedback on new skins that “would best represent these champs”.

We think League of Legends is one of the best multiplayer games on PC.

The two skins hit the PBE as part of patch 7.2 but proved divisive among the community: the announcement on the Riot dev blog, says “after receiving some feedback about the skins, we’ve decided to not release them”.

Another ‘Sewn Chaos’ skin – for Orianna – already exists in League of Legends and has done for a while, so fans of the theme needn’t necessarily worry that Riot have soured on it altogether. It’s just these two particular skins.

The post’s author, a producer on the skins team, explains that sometimes “we work on things that just don’t end up hitting our quality bar. And usually, we try to cut those things well before they actually hit PBE, but in this case we were a little too late.”

The announcement confirms that Riot will be going “back to the lab” to make new skins for Blitzcrank and Amumu, “and we’d like to hear your ideas”.

The League community have chimed in in the comments section beneath the post, with many praising the Sewn Chaos skins and bemoaning their loss. Others say they can’t remember divisive skins being outright pulled in the past, which suggests Riot had their own, internal doubts.

If you’d like to see the skins that caused this kerfuffle, we covered them in our 7.2 patch notes roundup.