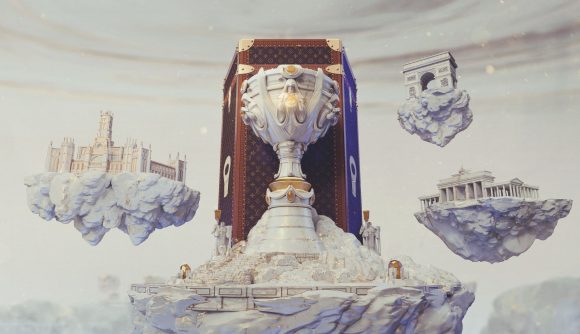 I’ve thought for a while that Riot’s League of Legends artwork is pretty impressive, but it looks like it’s about to take a significant step up. In a post earlier today, the developer confirmed an upcoming partnership with historic French fashion house Louis Vuitton.

In the announcement, Riot said that “for the 2019 World Championship, Louis Vuitton is creating, in collaboration with Riot, an unprecedented, one-of-a-kind Trophy Travel Case” for the Summoner’s Cup, which is awarded to the winner of the tournament. Similar cases have been created for the Football and Rugby World Cups, as well as the America’s Cup, but this one will be the first to be created for an esports competition.

It’s an impressive partnership for Riot to have secured, but it doesn’t end there. The developer also confirmed that Louis Vuitton is working on “unique champion skins” as well as a capsule collection for the game. Designed by Nicholas Ghesquière, Louis Vuitton’s Artistic Director of Women’s collections, the new skins will reportedly be announced “soon.”

Ghesquière’s work on women’s fashion could give a hint as to the intended recipients of those skins, but it’s also possible that they’ll be helping design this year’s Worlds skins. If that’s not the case, then I might have suggested Xayah and Rakan would look good in some high fashion, but they just received new Star Guardian skins, so might have to wait a while for a new look.

Worlds 2019 officially gets underway later today, as the draws for the group stages of the tournament are set to take place this afternoon. To help you keep up to date, you can check out the League of Legends patch 9.19 notes to take a look at the last tweaks before the competition begins.