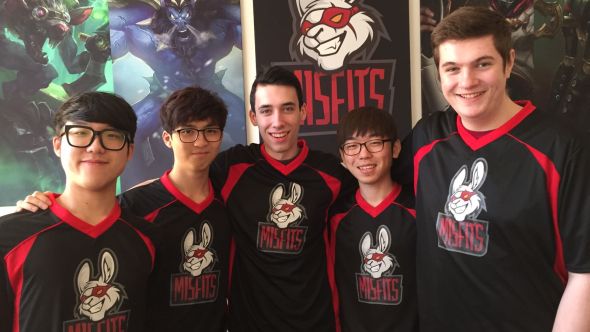 Yet another giant name in traditional sports has made a big investment in an eSports brand, with today’s announcement that NBA basketball team the Miami Heat has partnered with Misfits.

Many of the best multiplayer games on PC are also eSports, so get training and you too could be paid millions by an American sports team.

The partnership will see the Heat acquire a stake in Misfits, and will see the basketball team assist in marketing, branding, and sponsorship activation to “cross-promote” the two teams. This is similar to the assistance that Major League Baseball has agreed to render Riot games in that huge $300m deal we heard of in December; clearly, traditional sports see a mutually beneficial overlap in the eSports audience.

Access to the lucrative millennial crowd is another oft-cited reason for mainstream investments in eSports, and this deal is no different.

“The Miami Heat pride ourselves on being innovative in all aspects of sports and business,” says Heat CEO Nick Arison in the official announcement. “For us, it made perfect sense to partner with Misfits, a young and ambitious franchise in a sport that is blazing a trail in terms of 21st century recreational competition amongst millennials.”

Though Misfits compete in Europe, their CEO Ben Spoont is a native Miami, where the Heat are based. “Misfits is thrilled to be partnering with the Heat organization,” says Spoont. “This partnership will be the catalyst and foundation to our continued expansion of the Misfits organization into a global eSports brand and company. The Heat – innovators and leaders in traditional sports – will help Misfits to unlock meaningful value across all facets of our business.”

Spoont co-founded Misfits in May 2016, largely from former members of the Renegades Banditos squad. They have had their best success in League of Legends, but also field teams in Overwatch, Heroes of the Storm, Super Smash Bros and, recently, Hearthstone. One of their Smash Bros stars, Ryan ‘The Moon’ Coker-Welch, is due to guest star in a forthcoming episode of CBS detective drama Elementary.

We've got some new talent we'd like you to meet… pic.twitter.com/BwmxjRbJw2