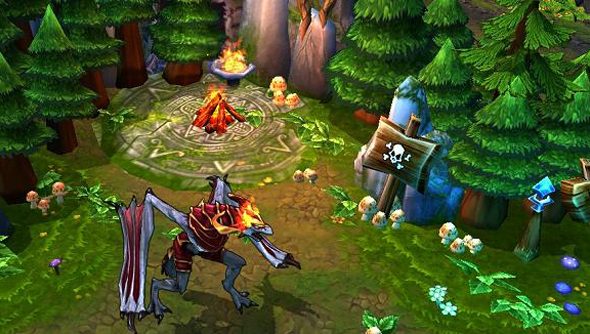 Expect a new kind of League of Legends jungle from the upcoming 2015 preseason. While the best Season 4 junglers honed their speed and ganking, Season 5’s new monsters, buffs and items will accommodate many more ways to play the role.

The removal of one particular item has worried tank junglers, however. Without Quill Coat, won’t their relatively slow clear ability see them left behind? Riot say otherwise.

“We’ve been very aware of the tank jungler struggle,” wrote a Riot developer in a preseason Q&A.

Some of the new jungle rewards Riot are currently testing are actually directly aimed at tanks, and will be less powerful when wielded by other classes of junglers.

“A goal of the jungle items was to build their anti-jungle stats in a way that were equal between tanks, fighters and mages,” said Riot’s rep. “It’s always possible we won’t have the numbers perfect when we initially ship, but we do have fairly direct ways to buff tanks that hopefully won’t make fighters crazy.”

As for Quill Coat, the item that tank junglers are missing – Riot think they’ve built a suitable replacement in the new Hunter’s Machete, which offers 40 health per five while fighting monsters, 15 mana per five, and damage that doesn’t scale with combat power but instead over the course of combat with monsters.

“We are concerned about keeping tanks relevant, as long as they’re relevant for the right reasons and aren’t just overtuned chain-gankers,” finished the dev.

“I will say that I don’t think they’re markedly worse off than before – even Nautilus can clear pretty reasonably! But I could be wrong about that and if I am, we’ll be following up on them.”

Have any of you lot played as Maokai, Sejuani or another tank jungler in Season 4? How’re you feeling about the proposed changes?