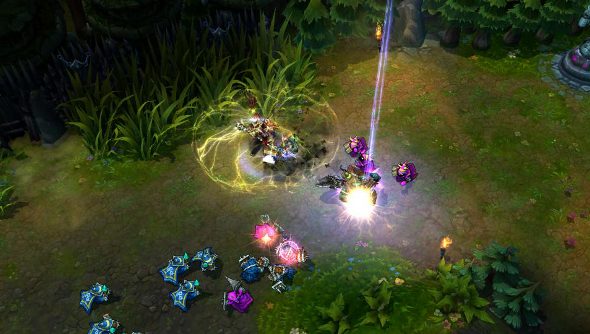 Riot’s continuing its attempt to curb negative behaviour in League of Legends, but this time, instead of punishing the bad players, the developer is rewarding all the good boys and girls.

In what Riot says is a “first step”, players who haven’t been suspended or had chat restrictions in the 2014 season will receive a 4-win Influence Point boost, to be doled out across the next week.

While stories of player toxicity makes League of Legends seem like Mos Eisley on a bad day, Riots notes that, as of today, 95 percent of players haven’t been punished this season, suggesting that player behaviour is improving and that most of the issues are due to a few bad eggs.

“We’ve recently been focused on addressing extreme cases of verbal toxicity, and will soon be testing additional systems that address gameplay toxicity like leavers, AFKs, and intentional feeders. However, it’s important to keep in mind that players engaging in these behaviors really are not welcome in our community. Fewer than 1% of players have been escalated to a 14-day ban or permanent ban or even received a chat restriction.”

Riot’s also encouraging players to post their recent chat logs in the comments of the announcement in an effort to show how a good community communicates.

If you’ve been playing, has League of Legends been a bit more relaxing this season?