This past week’s games in EU LCS felt like the start of a new era, one defined by the return of some of the game’s biggest names… and by the attempts of some of the oldest LCS organization to move beyond their past.

It’s too early to call this season for Fnatic and Spanish LCS team Origen, but their perfect start and first place tie does neatly sum up this new season of EU LCS.

Fnatic could not have asked for their once-and-future AD carry, Martin “Rekkles” Larsson, to have a better return to the team. With just a single death across two games in which he racked up 14 kills and 15 assists, he immediately showed why Fnatic were willing to bring him back into the fold following his controversial departure at the end of last year.

But the most important thing Fnatic showed in those two games is that it’s not going to be “The Rekkles Show” this time around. Despite his impressive stats in the first week of EU LCS’ summer split, Larsson’s contributions were surprisingly low-key. He’s letting his teammates develop plays and then finishing them off from just the right position and at the right moment.

Watch his first kills in Fnatic’s opening game against their spring rivals, Unicorns of Love (at 29:45 in the video clip).

Rekkles came out of the exchange with 2 kills and an assist, but what’s more important is that he is willing to sit back and let his teammates YellOwStaR, Huni, and Reignover, take the lead on the tower dive while Rekkles simply cleans up the kills they serve him… then bails out the moment his health goes low and lets his team finish off the play. On the scoreboard, Rekkles was the hero of that play, but it was his teammates who got the highlight film.

That’s an important dynamic for Fnatic. In his last stint with the team, and during his unhappy time with Elements, Rekkles at times seemed like he was trying to force things. Like he wanted, via sheer willpower, to return to 2012 when he could almost single-handedly turn fights and carry his team. But this past week, he played a less flashy game and consistently made sure that he finished every play his teammates set up.

Rekkles’ return to Fnatic is a case of the team looking to its past to solve its future. Rekkles was supposed to be the ingredient that gave the old xPeke-led lineup the firepower it needed to succeed at Worlds, but now he’s playing a slightly different role. Rather than being the superstar to deliver Fnatic a shot at a world title, he’s fixing what was a weak-point in Fnatic’s previous roster. But as the team proved at the Mid-Season Invitational, Fnatic were already a credible, championship-caliber team.

However, Enrique “xPeke” Cedeño Martínez is far from finished. His decision to strike out on his own and create a new team from scratch looks like it’s going to pay-off for him, as his new team Origen enjoyed a strong opening to their LCS career with wins over Giants and H2k. Led by veteran playing partners xPeke and sOAZ, and bolstered by ace jungler Maurice “Amazing” Stückenschneider, Origen look like they’ve skipped to the front of the line in EU LCS and are ready to challenge xPeke’s old team. Certainly their lopsided beat-down of H2k, who were so strong in the spring, hints that Origen have hit the ground running. 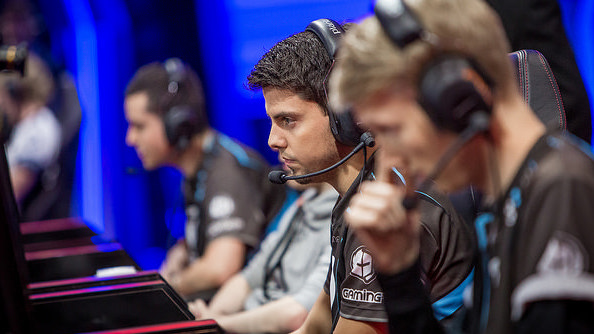 It’s interesting how Origen have somehow dodged the “super team” hype that surrounds and confounds so many teams led by veteran stars. Perhaps it’s because Origen’s is still “Peke’s team”, and so the narrative tends to focus on the team’s leader and his desire for a fresh start rather than any grand ambitions.

Those ambitions and expectations are still a burden that Elements is trying to escape via yet another new lineup built around Henrik “Froggen” Hansen. Their lineup is filled with players who have escaped troubling team dynamics. Top laner Jesper “Jwaow” Strandgren is getting a new chance in LCS after leaving the poisonous atmosphere of MeetYourMakers while jungler Marcel “dexter” Feldkamp is getting a fresh start after an unsuccessful stint in the hothouse atmosphere of North America’s Counter-Logic Gaming.

Elements started well with a win over Gambit Gaming, whose lineup does not seem to have gotten the boost it needed from Konstantinos “FORG1VEN” Tzortziou, but Elements rough-treatment from Unicorns of Love showed just how much work remains to be done for a team that once hoped to dominate Europe.

Yet the new Elements is different in one key way from the old one: they know they’re underdogs now. Where the previous team could only fail the expectations engendered by its lineup, the new team is much more eclectic and much shorter on LCS experience. While Elements week 1 performance wasn’t brilliant, the end of the “super team” era and the arrival of fresh faces might just let Elements find a new identity as a team.