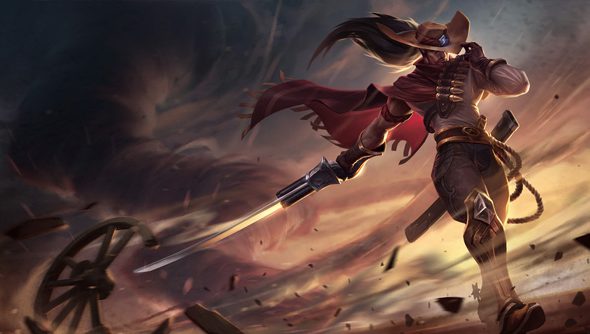 Latency, I’m sure League of Legends regulars will vehemently agree, is terribly important stuff – describing as it does the time between inputting a command for your champion and seeing it carried out. The ideal is to keep its value so small as to appear instant – but over the past two months, internet provider hardware failures and a “faulty circuit” that throttled bandwidth has seen players on EUW and EUNE subject to “serious latency problems”.

They’re now fixed – and Riot’s European team have pledged to drop everything to make sure they don’t come back.

Riot are taking a couple of measures to keep connections if not smooth, then acceptably undulating over the Christmas period. The first is to roll out their RiotDirect service on their Frankfurt datacenter. That’ll see the developers take direct management control of network traffic, so that they can react quickly to service disruptions and fine-tune traffic flow in the best interests of their players.

“In case of any serious bandwidth or latency problems we’ll be able to quickly switch between 4 different providers, taking the traffic off problem lines,” writes Riot’s EU managing director, Errigal. “Our Network Engineers will be on standby watching for alerts or latency delays over the holiday period.”

Even more decisively, the EU team have made the call to freeze any “non-essential” updates until January – aside from important fixes if needed. They hope the decision will ensure stability while their staff aren’t so readily available.

The new year will see Riot install a new Amsterdam datacentre, on track for the end of March.

“Servers and other tech hardware are arriving daily and will continue to do so over the holidays,” says Errigal. “This is a huge and complicated build and the team will be working hard over the holiday break to ensure we get Amsterdam live as soon as possible for you.”

Have you struggled from untenable LoL lag in the last couple of months? I imagine that’s the last thing you need when playing as new topman of twitch, Yasuo.