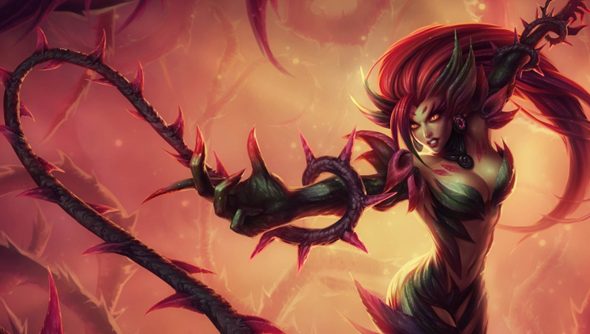 We had plenty of time to catch up with Riot as they watched over the Intel Extreme Masters at Gamescom. As well as telling us about the importance of good e-commentators, they also shared their thoughts on player behaviour, including the recent arrest of the head of Moscow 5 and their attitude to discipline and bans.

“I think Moscow 5 is certainly a great team, they’re doing well, they’re here in the tournament today,” said Brandon Beck (who was quite right, because Moscow 5 stormed to victory), sadly, “I can’t comment specifically on any rumours, but we certainly
think it’s important that teams set good examples and that they behave

Riot
emphasised this just in the lead up to Gamescom, suspending Eryk
“Hosan” Wilczynski of Polish team EloHell after discovering that his
League of Legends account had been banned by the Tribunal system. Much
like a red card in football, the suspension meant that Hosan would miss
playing at Gamescom, but would be able to play in future events.

Riot’s e-sports manager, Matthew Marcou, explained the decision on the League of Legends forums. “I’ve met Hosan in person and can say that he does not exhibit toxic
behavior when at live events and interacting with tournament
organizers. I think there was a disconnect in his mind between
appropriate online behavior and in person behavior. A classic case of:
the internet makes people feel anonymous and their actions appear to
have little to no consequences. Banning him from all competitions seems
disproportionately severe to his ‘crime.’ It also seems to not
acknowledge that people can change (especially young, maturing adults)
or provide him an opportunity to correct his behavior.”

As
e-sports continue to grow in profile and popularity, we’re going to see
more issues of discipline and player conduct. It’s good to see Riot
setting such an example and reminding us that those who play
professionally must also behave professionally.