The creators of A Way Out asserted that their split-screen prison break adventure would revolutionise co-op games. Perhaps it will – only time can reveal its lasting influence after all. But for it to reach that status it has to go up against the game which, for my money at least, perfected co-op almost ten years ago: Left 4 Dead.

Shooting zombies was a tired proposition even way back in November of 2008 when Left 4 Dead launched, but Valve imbued the project with their familiar brand of magic and, ten years later, there are still thousands of people regularly logging in with friends to chop back those same hungry, undead hordes.

The reason for that is not our devout love for popping scabby heads off of rotting shoulders (though that surely plays a small part); nor is it a manifestation of our communal, unquenchable thirst for new Valve games – it is thanks to a certain idea hidden deep in the game’s bowels.

The key to Left 4 Dead’s longevity is a nifty piece of a technology called the AI Director. We imagine this enigmatic, coded facsimile of George Romero is holed up in a virtual control room somewhere just out of view, overseeing everything as you work your way through L4D’s frantic set of interactive horror vignettes. It knows when your ammunition is running low. It knows when you stray too far from your buddies. 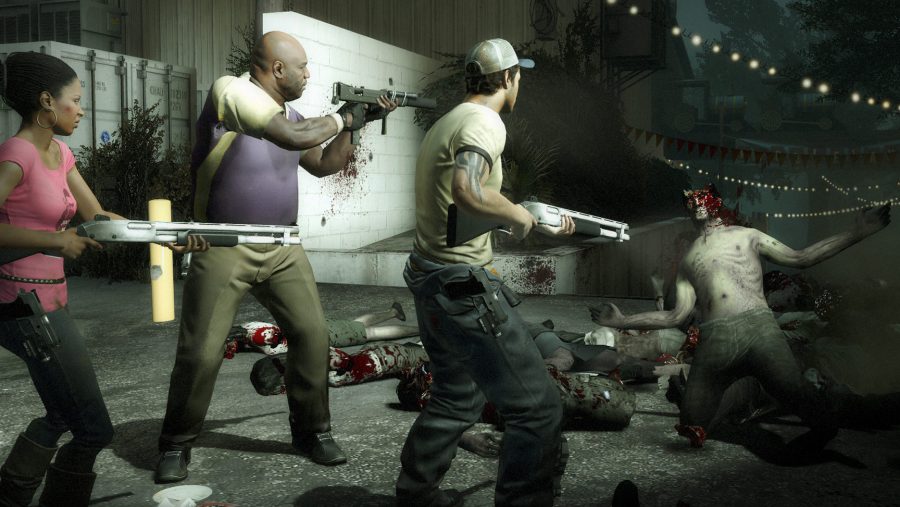 Oh, and it’s a master of suspense, too: it plays cruel tricks on you by cueing ominous music during quiet moments; it teases you with a stash of ammunition that is sat just outside your reach, perhaps in a dark corner, where something awful might be lurking; and, just when you’re at your most vulnerable, it spawns an overwhelming horde of unrelenting zombies for you to deal with.

Valve’s AI Director analyses everything you and your buddies do as you shoot your way through Left 4 Dead’s levels and varies the pacing, difficulty, and mood. Its job is to make every playthrough of the game different but, more than that, it aims to deliver a thrilling experience whether it is your first time playing or thousandth. And it’s reallygood at its job.

As a result, every step you take in Left 4 Dead feels as if it was painstakingly crafted by a team of narrative specialists. Nothing about Left 4 dead feels randomly generated. The game whips up truly gripping, one-of-a-kind scenarios on the hoof – scenarios no one but you and your buddies could ever call their own. 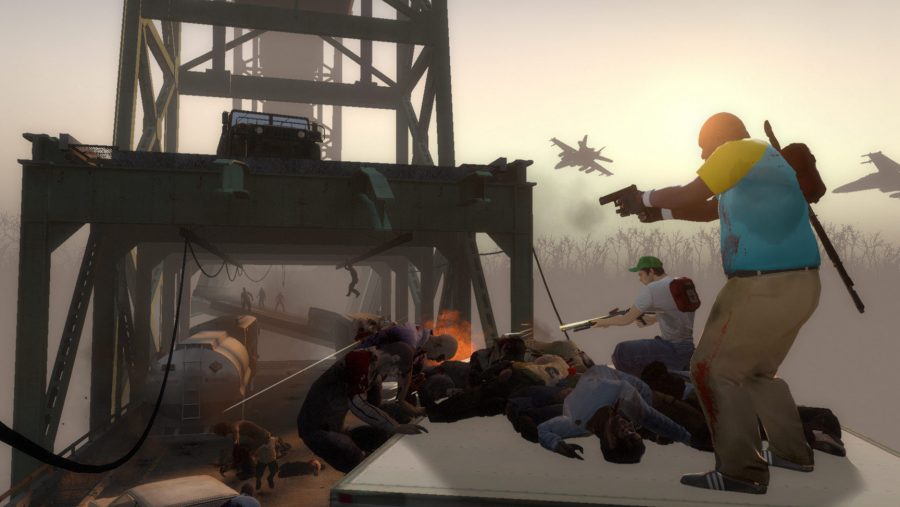 That’s something A Way Out, despite its clear achievements, cannot match. In the clash between Josef Fares – the fully-fledged, actual human movie director behind A Way Out – and Left 4 Dead’s AI Director, the latter emerges victorious.

Because for all of its cinematic appeal and storytelling ambitions, A Way Out is the videogame equivalent of a scripted, well-rehearsed flick. Left 4 Dead, meanwhile, is a freewheeling, improvised play, performed differently every time. A Way Out enchants on the first, second, and perhaps even third playthrough, sure, but it is unlikely that the game will still be capable of surprising us in ten years’ time.