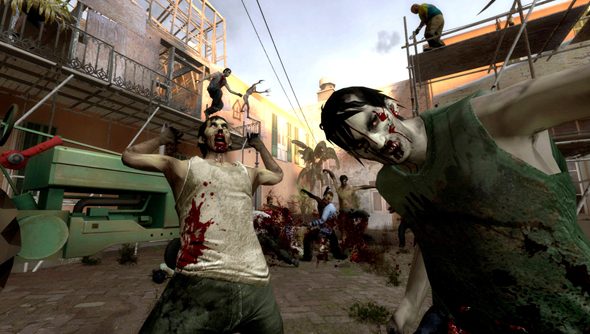 Valve have pulled the lid off one of the best PC first person shooters ever made and poured its contents over the heads of grateful amateur animators.

“Both the Source Filmmaker and Left 4 Dead communities have been asking for this for a while,” said the developers, “so we expect great things!”

The Left 4 Dead Content Pack contains the props, infected and all the survivors from Left 4 Dead 2.

That means players have been empowered to animate stories starring the entire, extended Left 4 Dead cast: the four Georgian heroes from the main game, plus the four original survivors who returned in The Passing and The Sacrifice.

Valve are also releasing voice tracks, and the stems that were used to dynamically compose the music for Left 4 Dead.

“So now you can compose your own soundtrack out of those little snippets of oboe, banjo, saw and vocals to create something recognizably Left 4 Dead but also uniquely your own!,” wrote the dev team.

The Left 4 Dead Content Pack takes the form of DLC for Source Filmmaker, and can be found as a Downloadable Content item in the File menu.

The pack should help widen the scope of the shorts seen in the annual Saxxy Awards, which are still understandably TF2-dominated – that’s where the toolset was birthed, after all. Are you hoping to see more of the likes of the 300-riffing Scout vs Witch?