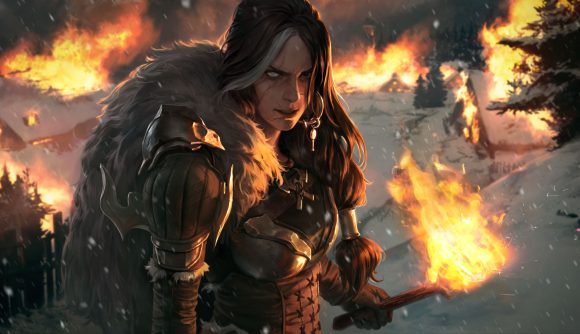 Players have had the chance to dig into Legends of Runeterra now that the game’s series of betas is underway, and Riot’s already begun the never-ending process of buffing and nerfing Legends of Runeterra cards. The devs say they’ve got some “sizable challenges” in tuning the game – not the least of which is a plan to ensure every game mode is balanced for competitive play.

“We’ve given ourselves some sizable challenges right out of the gate,” game designer Steve Rubin tells us. “First of all, we’re committed to balancing both constructed and limited (and any future formats) to a high standard. Many other CCGs don’t balance limited or alternate game modes to the same degree as constructed, or even particularly consider those formats when nerfing or banning cards. We want any of our competitive formats to be fair and regulated to the same degree.”

Rubin adds that “we also want to make sure every Champion has a consistently realizable gameplay dream, and that every card in the game is a quality option for at least one deck. We aim to change cards in ways that don’t overnerf them or leave them obsolete, since we think one of the worst experiences in card games is when a card gets over-nerfed or banned – which can leave an entire deck no longer functional.”

Riot plans to be “proactive in improving cards as part of the balance process, and we’re going to listen closely players to help us learn what the right level and frequency of change is.”

Rubin also told us about how League of Legends was adapted for the card format, and the ways your League play shaped Legends of Runeterra even before the game launched.