Monetisation in free-to-play games, or indeed any game, has become something of a thorny topic. While loot boxes and blind packs had a few years in a blissful state of zero accountability or external oversight, the hammer is falling. Only recently, the DCMS Committee in the UK recommended regulations for loot boxes, a French gambling regulator criticised the way they normalise gambling addiction, and Belgium has banned them entirely. Let’s not forget, either, Electronic Arts’ “surprise mechanics” debacle. With all of that in mind, it’s not surprising that the devs behind Legends of Runeterra are choosing to go about things in a different way.

In Riot Games’ upcoming digital CCG, there will indeed be blind card packs – boosters are such an integral part of CCG culture by this point it’d be seen as odd not to – but it won’t be possible to pay for them. Instead, you earn card packs by playing the game, in a pseudo battle pass arrangement where each one of the game’s six regions (the equivalent to Magic: The Gathering’s mana colours) have a track you can progress in. For the moment, at least, we’ve no word as to whether this will be monetised either.

‘So where is Riot going to make its money?’ I hear you cry, with great concern and consternation. Well, dear reader, the answer is cosmetics and wild cards. The latter is the important one for most CCG enthusiasts. Like in Arena, players can collect card tokens of different rarities that can be traded in for any card of that rarity. Unlike in Arena, these tokens can be purchased, but only in limited quantities each week – a detail which has the added benefit of avoiding the kind of headlines that games such as RuneScape have had to deal with recently.

Cosmetics-wise, all of the expected elements will be present. Reskins for the board, unique card backs, and pop-up emotes for communicating mid-game. In addition, each player will have a Guardian, a little pet who appears next to the board during play. You can even click the Guardian to pet them while you play, or spam them with clicks to irritate them. “We want to create unique experiences and modes of expression,” art director Andrew Silver tells us. “We’re thinking of adding some interesting exploratory things as well”. 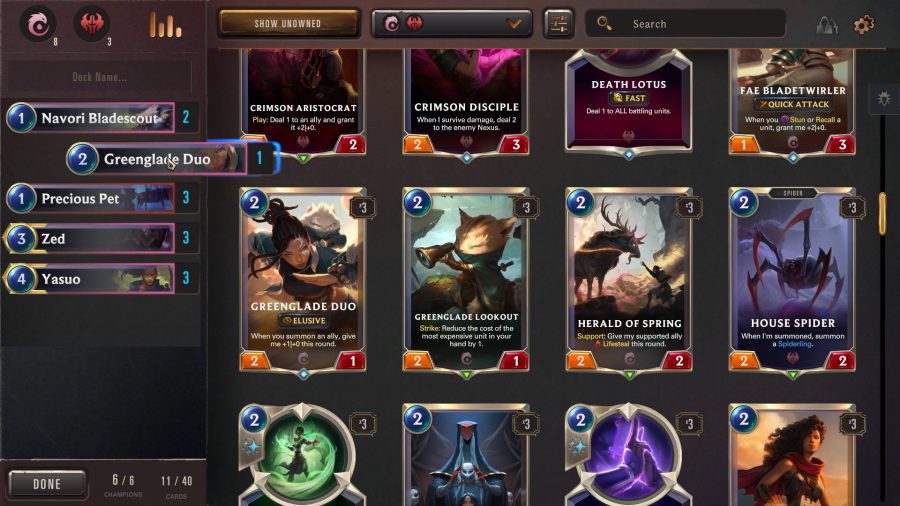 Considering all the controversy surrounding game monetisation, one would guess that avoiding government scrutiny is a major motivator for avoiding blind loot boxes. Design director Andrew Yip, however, disagrees. “We’re motivated by improving the player experience,” he explains, “it just so happens that governments are looking at it right now”.

But while it’s admirable that Riot wants to improve things for players, it’s difficult to believe that the move isn’t at least partly motivated by recent events. Either way, the positive outcome is the same.

As card packs are only garnered through gameplay, and a limited number of wild cards are available per week, what fate befalls the power gamers who want all the cards immediately? “We’re open to feedback,” gameplay initiative lead Blake Midstokke says when we put this to him. “We may end up delaying the competitive seasons until players have had time to collect all the cards they want.” 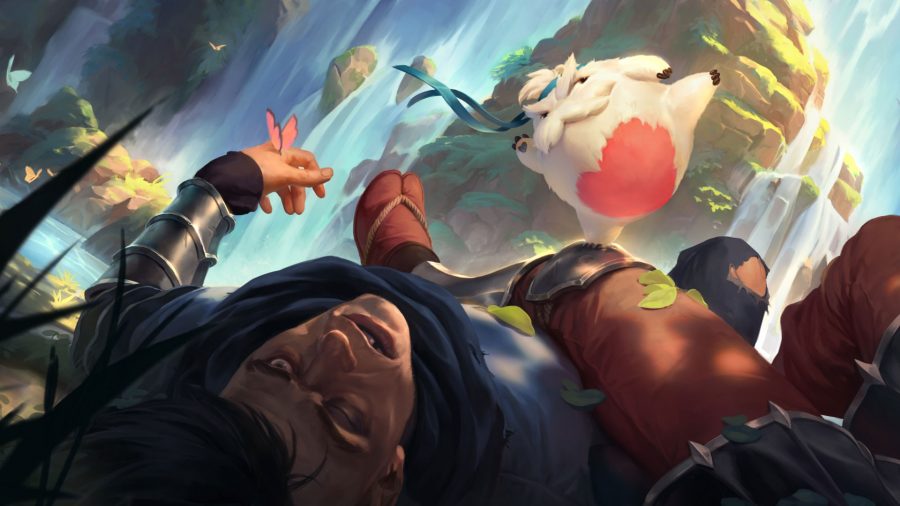 There’s a cumulative element to this as well, and collecting cards will likely get easier later in the game’s life as wild cards carry over between seasons, making it possible to hoard them as you go.

Riot is also aiming to keep old cards viable across seasons by offering multiple different formats and single-player game modes. “We don’t want to introduce a rotation until all the regions have been released at least,” Midstokke confirms.

All in all, unless there are new developments, Legends of Runeterra looks like it’s going to be a more affordable experience for both casual and competitive players, and that can only be good news in the current climate.