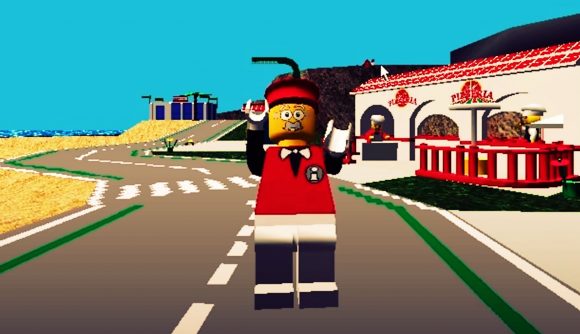 If you’ve been putting together a new gaming PC, and you’ve splurged too much on the best graphics card and best gaming CPU to have any funds left over for a PC case, why would you not just enshroud your components with the thousands of lego bricks you have stashed away in the attic?

Redditor Hackerbill shared some photos of their Lego-based PC they built all the way back in 2002, complete with a Pentium 4 processor, two disc drives and a floppy disk drive – living the high life, there. They say they wished they’d superglued the bricks together as their build would flex a disconcerting amount when they moved the PC. Looking at the pictures, it doesn’t look like the sturdiest structure around.

Seriously though, don’t try this yourself. Lego itself doesn’t recommend storing bricks at temperatures over 40°C for extended periods, so even with the best AIO cooler you’ll struggle to get temperatures sufficiently low to keep your PC case from melting into your precious components, although this Redditor seemed to live to tell the tale. If the problem of melting plastic ceases to exist, we reckon Lego bricks could actually make a viable PC case.

First of all, ventilation wouldn’t be too much of a problem, with those Lego Technic bricks that have the holes on the front, making great vents for all your fans. And, you’d never have to worry about buying a new case if a new graphics card didn’t fit – you could just build the case around it.

My lego computer from 2002 from pcmasterrace

Suffering from graphics card sag? Lego can sort that right out, too. But, unless we ever see PC components running at sub-zero temperatures that won’t cause your Lego PC to become a melted pile of plastic, we don’t think it’ll ever catch on.