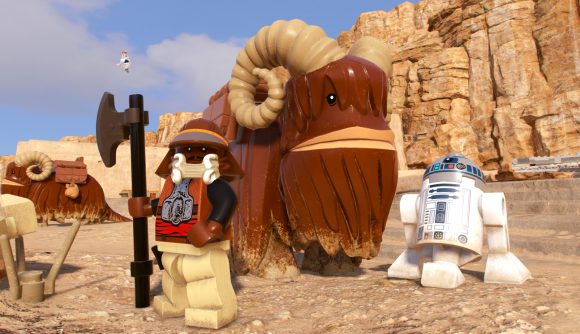 A year-and-a-half after Rise of Skywalker proved to be so terrible that the entire world pushed itself into self-isolation (I think that’s how it went, anyway), the Lego adaptation of The Skywalker Saga still isn’t out. After previous delays, the game was set to launch in spring 2021, but the devs have pushed the game back again with no firm release window to confirm.

“All of us at TT Games are working hard to make Lego Star Wars: The Skywalker Saga the biggest and best-ever Lego game – but we’re going to need more time to do it,” the devs say in a tweet. “We won’t be able to make our intended spring release date, but will provide updated launch timing as soon as possible.”

As the name suggests, The Skywalker Saga will adapt all nine numbered episodes in the Star Wars series in one game. While previous Lego Star Wars games have already brought us adaptations of seven of those films, this one will feature all-new levels for each movie.

Delays have been striking the videogame industry hard in 2021, as the effects of the pandemic and the switch to work-from-home at many studios has begun to catch up with those devs.

Thanks to all our fans for your continued patience. pic.twitter.com/tCDV9Ikftd

For more upcoming PC games – whenever they do eventually come out – you can follow that link.