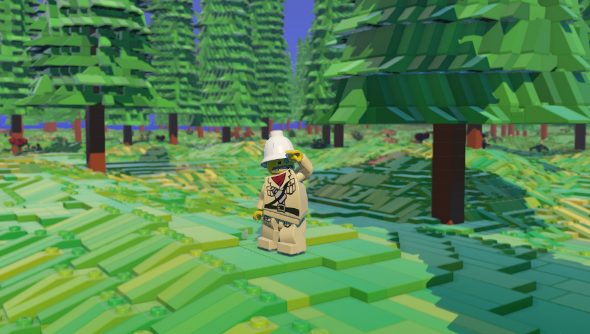 It’s a very curious feeling, playing Lego Worlds and constantly having Minecraft in the back of my mind. Not because Lego and Traveller’s Tales’ foray into creative sandboxes is identical to Minecraft, but because the comparison between Mojang’s ultra-successful game and Lego have always existed, but the roles are now reversed.

Lego Worlds attempts to follow in Minecraft’s footsteps, and I know I’m inviting people to point out that Minecraft was not the first game to do what it does, but let’s not kid ourselves, it’s the biggest one and clearly the one that opened the way for games like Lego Worlds. It doesn’t take the direct, quickest route, though, sometimes meandering into different territory. And everything is blessed with a – usually delightful – Lego twist.

Lego Worlds, at the moment, is like that big bucket of Lego bricks. I’m sure they still sell them, those big, colourful buckets full of all the basic parts you need to build the simplest stuff. You tip them out, and you can see the possibilities, but you’re missing the window dressing, the details; things like doors and window frames and all the tiny things that can turn a drab brown cube into a house. 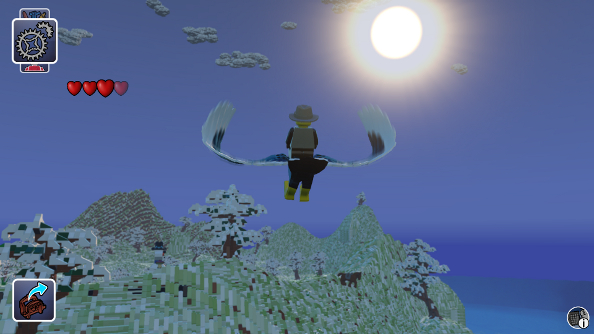 I landed on my procedural world, a little pocket dimension just for me, after falling from the heavens, and gosh it was a lovely piece of real estate. That Traveller’s Tales doesn’t use Lego-style buildings and terrain in their licensed games is terrible shame, but in Lego Worlds, everything is made out of Lego. It’s a spectacular sight.

The first order of business: become a horse thief. Riding that horse everywhere, smashing throw plants and fallen trees, spraying the little studs that make up the world’s currency everywhere, that took up the rest of my first 30 minutes in my new world. Riding the horse also unlocked the stalwart steed in my inventory, which I quickly realised was full of stuff.

Lego is a game for collectors, and I don’t mean serious “I have every single Star Wars toy ever released” collectors, but anyone who justs like to gather everything they can find. Packrats. Hoarders. Magpies. That sort of thing. Kleptomaniacs, adventure game players, Lego fans – they’re all the same. Lego Worlds caters to that addiction by making new things to collect pop up constantly. Oh, you just smashed a tiny flower to pieces? Now you can plant them wherever you want. Through destruction, life! 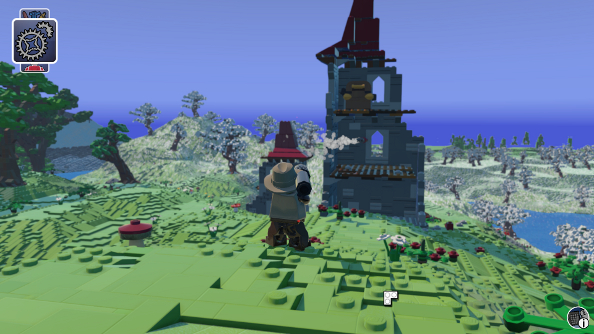 See, without any modes, Lego Worlds is a purely creative game, thus you start to feel like the god of a blocky world. You can even collect souls! It doesn’t outright say that you’re stealing souls when you meet a Lego person or kill a skeleton and unlock the ability to become them, but it doesn’t say you’re not, either.

Absent goals, you can just do whatever you want. Kill mummies in the desert, build a castle on the side of a mountain, meet lots of Lego people and pinch their identities – go for it. Or you can just grab a digger and demolish everything. Some of those are easier to do than others. 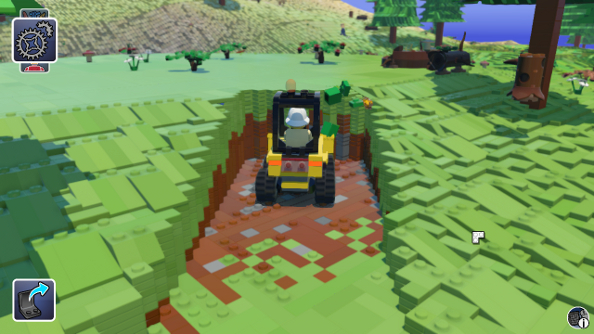 Building is a bit fiddly. It’s third-person, and you see your wee Lego avatar hovering around with a block gun, making their mark on the world — it’s cute, but not nearly as practical as a first-person perspective would be. It will take a bit of getting used to, perhaps, if you’ve gotten used to the likes of Minecraft. The huge variety of bricks can often lead to head-scratching moments, too, as you try to fit everything together. At least bricks can overlap, so there’s some flexibility. Minecraft’s cubes are much simpler, but ultimately the sort of things you’ll eventually be able to construct in Lego Worlds will be more elaborate thanks to the wide range of parts.

I built a boat. In the desert. 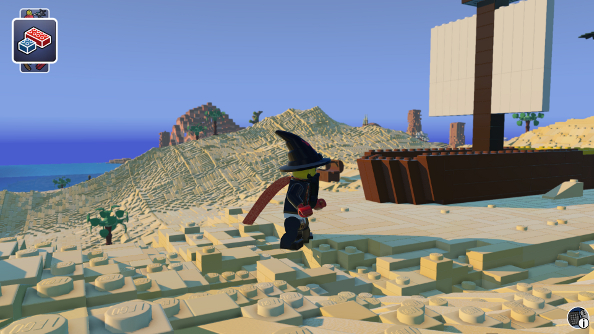 So obviously I’m not there yet, but eventually, eventually I will create a masterpiece. Not this pyramid, though. That’s prefabricated. 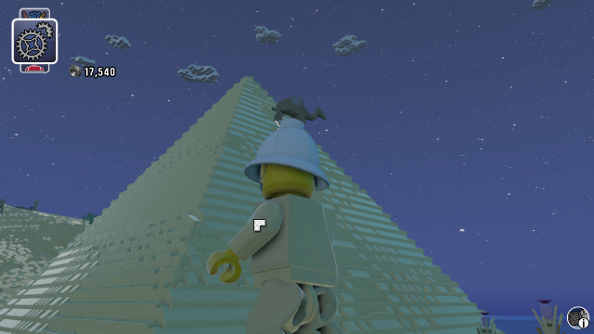 There are a lot of already complete buildings that you can toss down, but that’s not particularly satisfying when compared to making your own. The thing is, most of these buildings can’t yet be built using the in-game tools, so if you want, say, a proper house, you’ll need to use the “here’s one I made earlier” method.

Despite missing pieces, both actual Lego pieces and game features like multiplayer, which is coming, there’s a playfulness and sense of adventure that permeates throughout the game, driving you on to play more, even though there’s not actually a whole lot to do. Yet. It’s aimless fun, and that’s a pretty good foundation. I found an eagle and flew it to another continent earlier. There, I found a ruined castle and treasure chests full of wonderful things like my very own bazooka. That continent is mostly craters and ruins, now. I left it on a plane, which I then fell out of an landed on a polar bear.

That polar bear is now my steed. 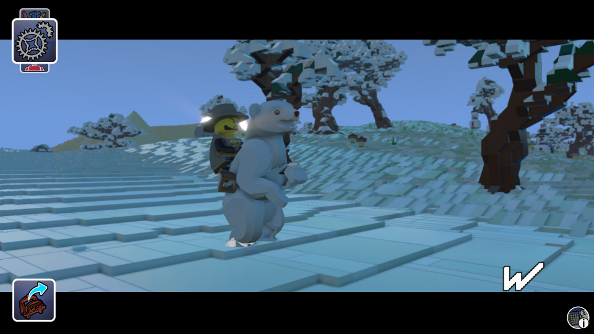 Lego Worlds still has a long way to go until it’s more than a brilliant diversion for a few hours. The wanderlust subsided eventually, leaving me searching for more meaningful ways to interact with the world. I plonked down a prefabricated house, complete with pool and barbeque, and all I could think was “I wish I had built this,” as I cooked a banger. There’s so much potential, though, and I’m already hungrily awaiting updates.