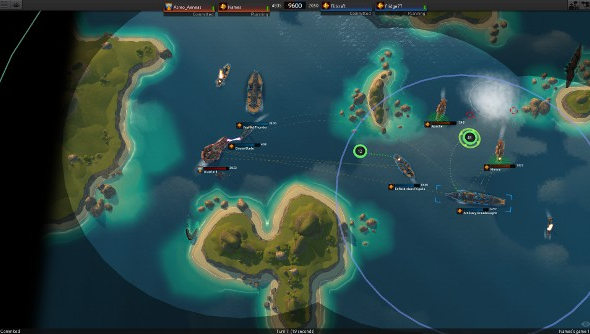 It’s a good problem to have, but it’s a problem nonetheless. Leviathan: Warships leaves me wanting more, and a little dissatisfied because it’s not a more comprehensive offering right out of digital box. For $10 I don’t expect a feast, but Leviathan seems to have set sail into a pond, not an ocean. Fortunately, it’s a pond that’s been well-stocked with fun.

To be clear, I am far from exhausting Leviathan. I’ve spent about ten hours with it so far and will probably spend several more with it. I’ve played several missions of the campaign, done some co-op with Tim and Julian, and played lots of multiplayer matches with friends and strangers.

It succeeds in what it sets out to do: it is a fun and fast-paced naval wargame, with attractive graphics and weapons effects that give a cool sci-fi twist to the age of ironclads. Each ship comes with a ton of configuration options, and I’ve racked my brain trying to find just the right mix of weaponry and maneuverability to win my battles. The battles themselves only take a few minutes via an asynchronous multiplayer system whose chief drawback is an occasional shortage of opponents (made worse by having Leviathan’s players scattered across several different servers). 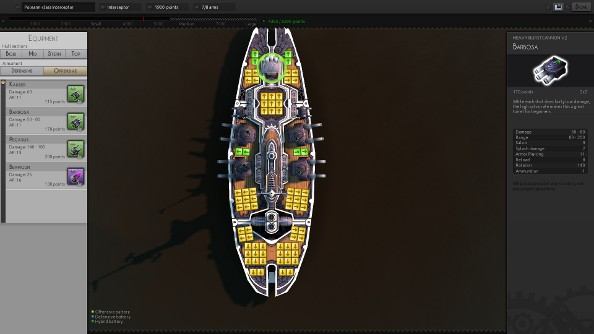 There are a couple key trade-offs at work. Most weapons have a maximum and a minimum range, and each weapons emplacement has a fairly narrow firing arc. This is a universe where turrets don’t rotate very far, which is a useful contrivance for encouraging lots of maneuvering beyond simply lining up your fleet and going blow-for-blow with the enemy. Longer-range weapons tend to be the most powerful, but they are also the slowest-firing and the easiest to dodge. Furthermore, their range is far longer than the sight-range of the ship carrying them, so powerful battleships require outriders to spot targets.

The question for the ship-designer is whether you gamble on being able to keep the fight at optimum range, or hedge your bets by outfitting a mix of long and short-range weapons that could be vital if you get rushed. There are no easy answers, and it’s exciting to take a custom fleet up against someone else’s to see how their approach to the problem contrasts with yours. 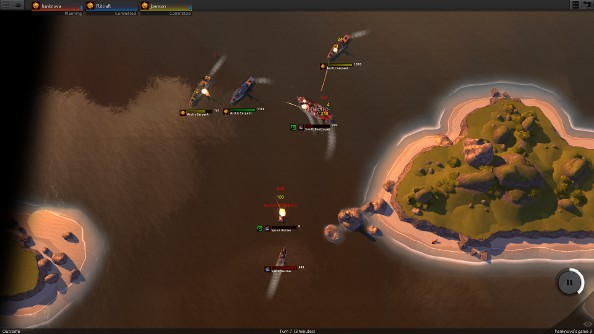 What irks me is that the maps themselves feel a bit claustrophobic, and a bit repetitive in their design. This is a classic problem in naval games: how do you have terrain at sea? But Leviathan relies way, way too much on having small patches of open water cut up by lots of little islands, shallows, and straits. This both rewards camping, since anyone coming through a strait is likely to be at a disadvantage, and leads to some encounters that are so predictable you can enjoy some success simply by blind-firing long-range weapons into an area where you opponent is likely to be.

The compressed battlefields help keep the pace brisk, and most engagements are over in a handful of turns’ worth of blasting once the fleets collide. That’s probably a good thing considering that Leviathan games can be played at a leisurely place of a turn a day, but at the same time I missed the cat-and-mouse that characterizes a naval wargame.

Leviathan has modes besides pure deathmatch, although the other multiplayer mode, Assassination, mostly boils down to the same tactics of annihilation. Things get a bit more interesting in the campaign and in the challenge missions, where you and some friends can battle the AI and try to accomplish special objectives while battling waves of marauders. 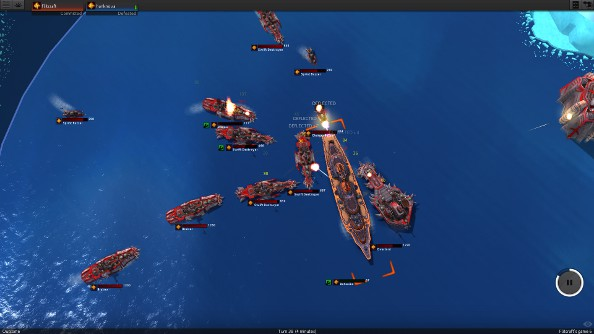 The challenges are fairly brutal, and the tools you receive to accomplish your objective are almost sadistically inappropriate to the task, but then, that’s the point of the challenge. The missions are more balanced, typically taking me more than one attempt and often coming down to the wire.

That’s a testament to the way they’ve been constructed, because the AI is about on par with what you find in a typical zombie shooter. The Marauders tend to sail their ships at your fleet as fast as they can, heedless of things like losses or firing arcs. It’s a matter of getting into a decent formation and just blasting the hell out of everything that approaches.

Ultimately, I find myself enjoying everything that’s in Leviathan: Warships, but that enjoyment is always tinged by reservations or frustrations. Still, it’s a strong foundation for more expansion, and quite a bit of fun for a budget price.