LG has been showing off the world’s first 144Hz IPS screen with a 1ms response time – what it’s calling “a gamer’s dream.” I don’t know about that, but it’s certainly ticking a whole lot of boxes in my private checklist of what might make my perfect gaming monitor, and will actually mean quality esports-focused displays are now possible.

I’m a massive fan of IPS panels, the colour reproduction is always just that little bit better than the competing VA screen technology, and at least a million times better (using the official Dave-O-Metric analysis scale) than any TN monitor you could put in front of me. But be warned: don’t put a TN monitor in front of me because I’ll only vomit all over it.

The problem has long been that if you wanted a monitor with both a high refresh rate and a low response time, if you were a 1337 esports pro, for example, then your only choice was to go for a bleached-out TN panel and be damned. Which you would be, damned, I mean. Because, until now, IPS panels were always a lot slower, and that can make the difference between life and virtual death in the esports scene.

Both of the new screens use LG’s own Nano IPS panel technology, and sport both that 144Hz refresh rate and the 1ms response time, making them a fantastic choice for PC gamers. I’m testing LG’s 34-inch 34WK95U monitor at the moment and it’s great – the ultrawide display is great for gaming, and the 5120 x 2160 resolution is on point. But the fact that it’s stuck with a 60Hz refresh rate does make me a little sad. 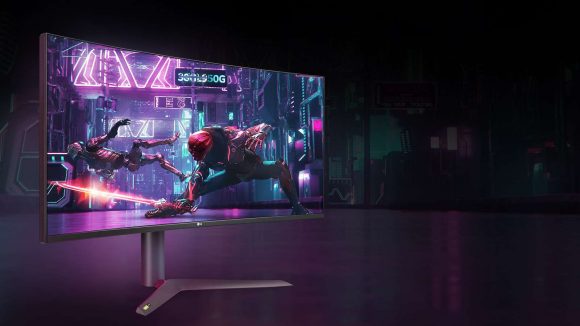 While the resolution of the new LG 38-incher isn’t as grand as the 34WK95U I’m using at the moment, the 38GL950U can actually be overclocked up to 175Hz and has Nvidia G-Sync support to make with the ultra-smooth, ultrawide gaming funtimes. The 27-inch screen is also G-Sync compatible, supports HDR10, and comes out first.

The LG 27GL850 is set to have its pre-orders start on July 1 in the US, while those of us in the key European spots are going to have to wait until sometime in Q3. Which could be as late as September, curse my old world residence…

There’s no detail on pricing yet for either monitor, but don’t expect ‘em to come cheap.

Join the conversation by commenting about how much you hate TN screen on this article’s Facebook and Twitter threads.