The final shot of Life is Strange: Before the Storm is one of Chloe Price and Rachel Amber laughing together. Sat atop Chloe’s truck in the junkyard that she dubs her “home away from home,” the pair admiring their new tattoos, there is a feeling that they love and trust each other unconditionally.

“An earnest and beautiful journey” – here’s our Life is Strange: Before the Storm PC review.

In many ways, Before the Storm might be one of the best love stories videogames have ever told, a shining example of how to build a relationship out of nothing, while maintaining an air of wondrous, desperate realism. Then the credits roll. Once they are finished, the grim reality underlying the entire Life is Strange saga comes thundering home.

The game actually ends with a shot of Rachel’s phone. The screen reads, ‘Chloe calling – 17 missed calls’, and as the camera pans away, the unmistakable sound of a camera shutter clicking tells us where we are. The game’s post-credits scene takes place in Nathan Prescott’s dark room, moments before he will accidentally kill Rachel, and then bury her body in the same junkyard we saw her celebrating in moments ago.

This moment is referenced time and again, but at no time is the connection more keenly felt than in the Barn towards the climax of Before the Storm. In an attempt to delegitimise custody claims from Rachel’s estranged mother, a recovering drug addict, her father has the game’s major antagonist forcefully inject her with what seems to be heroin. The moment the syringe comes into shot, memories of the deeply troubling scenes that Max is subject to at the hands of Mark Jefferson come surging forth. In Life is Strange the syringe is a symbol of death, decay, and violation – a cancer eating away at society, and a weapon that will end Rachel’s life. 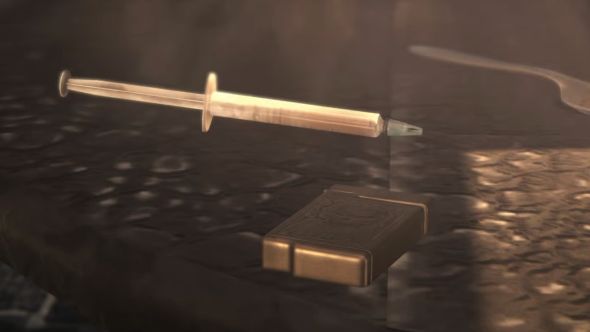 The relationship that builds between Chloe and Rachel in Before the Storm is simply lovely. In one scene, the pair drift aimlessly home together, genuinely dizzy with euphoria, seemingly drunk off one another. It is a beautiful moment and one of the highlights of the game. But what seems like a singularly wonderful moment between the two is underwritten by the fact that (if you played the original Life Is Strange, at least) we know one day, at least from Chloe’s perspective, Rachel will just disappear. The memories they build together and the plans they make will suddenly be abandoned.

It is an idea that plays throughout the game. From the moment Chloe confesses to Rachel that their new relationship feels like more than just a friendship, to her demand that Rachel never leave her, you are constantly reminded that however wonderful Chloe and Rachel might be, their story will end with the former weeping over the body of her best friend.

That moment, at the end of episode four of Life is Strange, lacks its full impact when you first experience it. Max only knows Rachel as the face on a missing persons poster, someone who once attended Blackwell Academy but whose disappearance has been swept away in a tide of high school parties and teenage hormones. We, as the player, can barely understand Rachel’s place in the story – at that time, Max, not Rachel, is Chloe’s best friend, and we don’t meet any other characters who profess to have known her. Before the events of Before the Storm, Rachel is little more than a myth, but once you meet her the effect she has on the story is monumental. 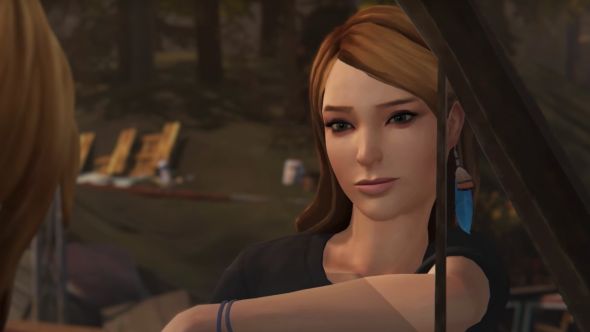 Therein lies the power of Before the Storm. While, technically, it is a spin-off series, it is a crucial part of the main story, as relationships and characters from Life is Strange are developed throughout. David Madsen goes from pantomime villain to someone unable to reconcile the effort he puts into building bridges with his step-daughter with the hatred he gets in return. Frank Bowers’ confusing relationship with Chloe makes more sense as you realise the sacrifices he makes in his own life to look out for her.

Even Nathan Prescott, unable to find a single outlet for his emotions without suffering abuse at the hands of his classmates, becomes a somewhat sympathetic character in Before the Storm. While it is not enough to let me forgive Nathan for what he does to Rachel, the prequel shows the angry, twisted man we see in Life is Strange was formed by a peer group who refused to judge him separately from his emotionally abusive father.

Similarly, watching that junkyard scene play out after you have seen Chloe and Rachel together gives it an entirely new meaning. Before the Storm lets you understand Rachel through the eyes of someone who loved her more than she loves anyone else. After the prequel brings her to life, and you experience Rachel as more than a mysterious face on a poster – as her own fantastic, loving, character – Before the Storm’s most beautiful scenes, like that final shot in the junkyard, take on a whole new, heartbreaking meaning.