Life is Strange was my favourite game of 2015. With that said, you’d probably imagine that my reaction to the announcement of Legendary Pictures developing a Life is Strange TV series would be pretty positive. Not so, unfortunately. My initial thoughts were along the lines of: “Nooooo!” I’ve calmed down a bit, but a few hours of further thought have left me conflicted. So let’s have a bit of an argument.

Looking for more great stories? Try one of the best PC games released in 2016.

Spoiler Alert: vague plot points will be discussed beyond this line, so proceed at your own risk.

Why a Life is Strange TV show is a terribad idea

The core system at play in Life is Strange is making decisions. Taking on the role of photography student Max, players have to choose what actions to take in a variety of social and supernatural situations. While these can start small, such as choosing whether to help a bullied classmate or stand back and do nothing, your decisions become increasingly tougher and the consequences ever more drastic. Your actions can save a life or push someone to suicide. In its final moments, the game asks you to choose between an entire town and one person.

These choices often branch the narrative. While the core of the story remains constant, your actions do have clear consequences. People may dislike you and refuse to aid you. Some people may not be able help you because your choices led to their death. They’re all changes that make Life is Strange an incredibly personal journey; one that places a burden of heavy responsibility upon your shoulders.

This is something a linear narrative format – i.e: television – cannot replicate. Viewers have no agency or influence over the actions of characters, and thus cannot be as invested in the choices they make. The outcomes may be interesting, but they are not personal to the viewer. A show cannot place an audience in a difficult situation and demand they make a pressured decision. Those moments define what Life is Strange is, and without them it’s pretty typical indie, young adult fare. 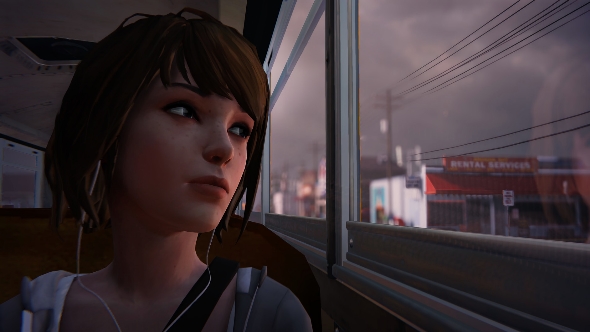 While unconfirmed, the show could well follow the plot of the game, and thus would have to make certain decisions, previously branching, now canon in the show’s universe. I hate to think that specific outcomes would be made to appear ‘correct’ because of how they unfolded in the show. Life is Strange’s story is personal and unique to each and every person who plays it, and should remain that way.

The game owes a debt to many teenage coming-of-age dramas like Veronica Mars, Buffy, the films of John Hughes and Diablo Cody, or a thousand other examples. It’s a loving homage rather than rip-off, but Life is Strange does one very important thing with these pilfered elements: it adds interactivity. Much of the joy of the game comes from taking familiar teenage story tropes and turning them on their head by allowing players to orchestrate the narrative. Without that, Life is Strange is just another supernatural high-school story. A great one, but nonetheless very similar to the tales Joss Whedon et al have told before.

Finally, the show is being made by Legendary Digital: the streaming sub-division of the Hollywood studio responsible for such glowing videogame adaptations as Dead Rising Watchtower.

They’ll be producing the show alongside dj2 Entertainment, who make the kind of YouTube fan film-grade nonsense you can watch above. Are these the people you want making Life is Strange? 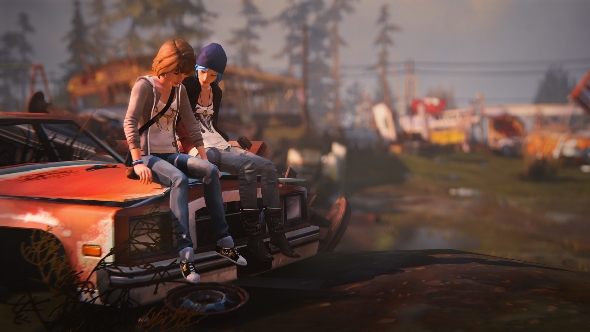 Right now the market for cool young adult supernatural TV shows is booming. You’ve got The CW’s ever-bulging catalogue of DC superhero shows, MTV’s Teen Wolf, SyFy’s The Magicians, and… well… Supernatural. There’s never been a better time for Life is Strange to make its mark on television.

Furthermore, while many of these shows are good fun, many of them are saturated with camp melodrama and lack even an ounce of relatability between them. A Life is Strange show would offer up a series with a brilliant blend of deeply written humanised characters, and the time-travel whizziness of a great sci-fi. A low-key indie high school affair would also be a very welcome break from the comic book and gritty crime drama stylings that are hugely popular right now. It’s a nostalgic wink back to the early 2000s when such shows were more prominent, but coming with its own deep questions and unique outlook on life.

And what a tale Life is Strange would tell: girl attends school in a town stalked by a weird murderer, is reunited with rebellious former childhood friend Chloe, uses time travel to fix the past but only makes it worse, fixes worse timeline, then heads back to the present to make the biggest decision of her life. Not to mention that along the way there’s cool parties, upsetting issues of abuse and domestic troubles, and a million-and-one pop-culture references. Oh, and a stellar soundtrack featuring belters from Alt-J and Foals. It’s perfect fodder for a weekend marathon. 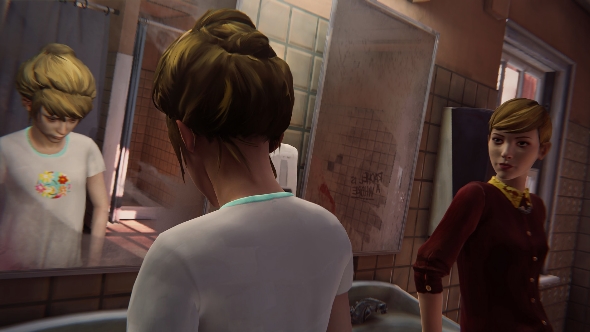 It’s also a story with an incredibly progressive cast: the central duo are women whose interests do not solely revolve around the cute boys they want to date, and their supporting characters – plucked from the various high-school cliques – are shown to be as equally complex. There’s more to the local bitch than meets the eye, and the spiritual student isn’t just a zealous God-botherer. TV still struggles with gender stereotypes and under-representation, and a Life is Strange show would be a strong example of how to work with female characters.

More than anything though, a Life is Strange show would be an excellent point from which to further explore the game’s universe. I don’t mean a universe in the same manner as how the Marvel films work, but the rules and groundwork that the game sets: a platform for marginalised characters, a script that aces the Bechdel test, some kind of supernatural force, relatable situations and environments, and tough, relationship-shattering decisions. If a Life is Strange show could explore these ideas with new characters in an original story, it would maintain the spirit and messages of the game without affecting player’s memories of how their journey with Max and Chloe unfolded. That’s an opportunity any ambitious screenwriter should be jumping at.