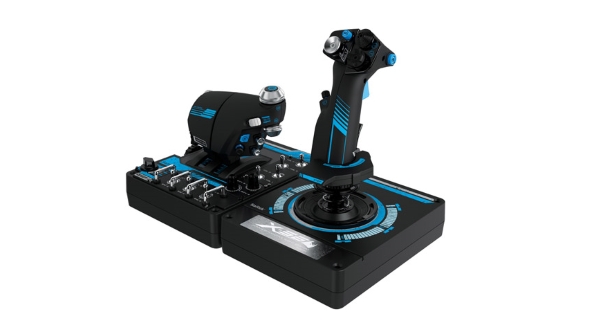 Logitech have just announced they’ve bought game controller brand, Saitek, and all their peripheral assets in a deal worth $13 million. That’s a lot of money to spend on a bunch of flightsticks and tractor steering wheels, but it gives Logitech a whole slew of products they previously didn’t have.

Read more: check out our guide to the best gaming mice around.

Saitek had been sheltering under the Mad Catz umbrella, but things have not been running smoothly for their parent company so it must have come as a bit of a relief for all concerned when Logitech turned up waving a bunch of cash under their collective noses. And it’s a great deal for all parties too, not least of all us simulation fans.

Before now Logitech were the kings of gaming mice and keyboards, and had a neat line in affordable, good-quality steering wheels. But flightsticks? Not so much. By picking up Saitek and their simulation gear assets Logitech have suddenly got a whole new, popular product line at a time when simulation games are once more gaining prominence.

It’s not just all about Elite: Dangerous and Star Citizen either, though those are the titles which have brought about increased interest in HOTAS controllers. The rise and rise of modern VR is potentially bringing about a bit of a serious simulation games renaissance. 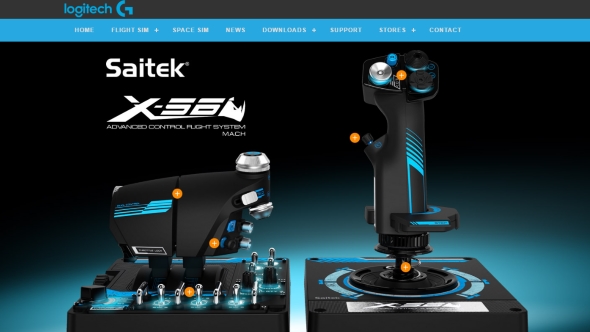 “Whether you’re into driving, flying or exploring space, there are fresh new titles available and more to come,” explained Logitech vice president, Ujesh Desai, in a blog post about the acquisition. “Some of these titles are even VR enabled and we believe that dedicated controllers will stimulate and enhance the total VR experience.”

Saitek have a great line of products, and the X55 Rhino ran a close second to the Thrustmaster Warthog the last time I ran a big flightstick test, but recently there have been consumer reports of quality issues and increased RMA rates. With Logitech on board, with their history of top-quality products, the future of Saitek’s simulation products looks rosy indeed. 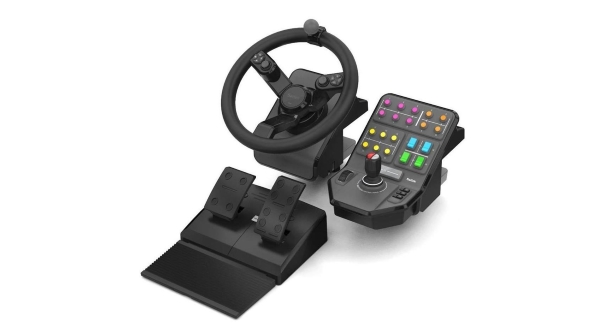 Though I am, like many of you I’m sure, a little nervous about the future of their Farm Simulator Heavy Equipment Precision Control System. Saitek’s now Logitech-branded site no longer acknowledges the tractor wheel, instead focuses purely on the controllers for flight and space sims. Logitech already have their own wheels and maybe won’t want the mighty G29 being upstaged by a heavy plant controller.

Whatever the fate of their wheels though, I’m really looking forward to seeing the first Logitech/Saitek sticks to come out of this new relationship.