Whether you are playing with friends online or competing in a professional tournament, gamers want the best possible performance out of their hardware. And having an exceptional headset is just as important as a powerful GPU, especially for battlestation gamers who really want a great gaming setup.

Going wireless makes for a dramatic, immediately powerful change. Tangled cords and accidental snags are history, and you’ll usher in total, untethered freedom of movement. With the G935, you’ll have 2.4 GHz of raw, wireless power, up to 15 meters of range, and up to 12 hours of battery life with the RGB lighting off (or up to eight hours with the lighting on).

Of course, if you’d rather go with traditional cabling, without using the battery at all, that’s absolutely possible: just plug in the included 3.5mm stereo jack into your headset and PC, console, or mobile device, and you’re ready to rock. You can also plug in a USB cable and play while your headset is charging.

Speaking of rocking, the G935’s buffed-up PRO-G 50mm drivers practically beg you to crank them. They’re fashioned from a woven hybrid mesh-material that unleashes intense audio depth and clarity, while dramatically reducing distortion. That means deep, almighty bass that you’ll feel at the very core of your being, and clean, crisp treble so accurate you’ll swear you’re in the middle of the action. You’ll hear everything in a full, cinematic scope, including skull-rattling explosions, rumbling engines, subtle footsteps, sharp gunshots, lifelike voices, and plenty more. You can even mix your sound from one device via wireless or USB, and another device via 3.5mm, with support for the PC, mobile, Nintendo Switch, PlayStation 4, and Xbox One.

Further augmenting the upgraded PRO-G 50mm drivers for PC users is DTS Headphone:X 2.0—a next-gen technology that offers a major step up from older 7.1 headset surround sound. With a complete 3D soundscape, you’ll hear audio from every angle with accurate distances, preventing you from being snuck up on or annoyingly surprised in games. 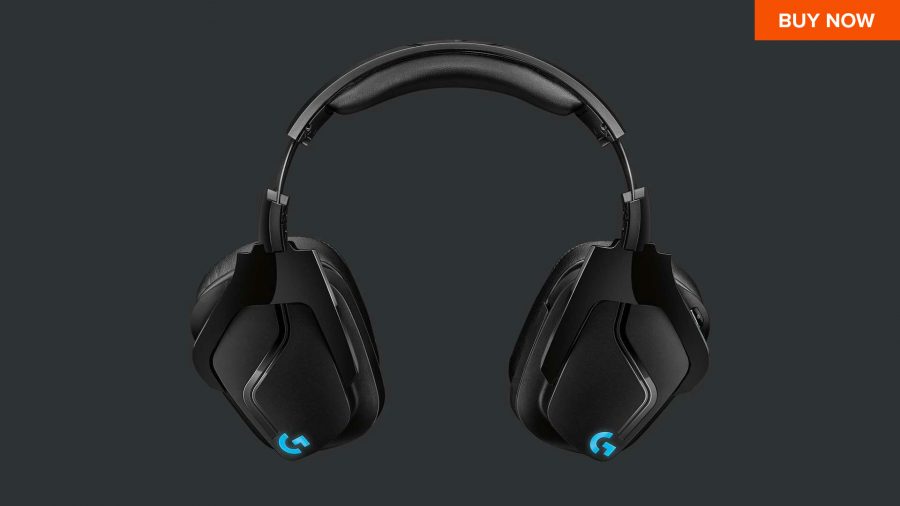 If you’re a battlestation gamer looking to customize your gaming equipment, the G935 has you covered, and then some. With Logitech G HUB software, you can tweak the headset’s three programmable G-keys for in-game commands and macros. Plus, the headset casing includes long strips of LIGHTSYNC RGB lighting, with approximately 16.8 million colors to tinker with. On top of that, LIGHTSYNC allows for RGB effects that react to what’s happening in your games, as well as dynamically responding to different on-screen colors and audio tracks.

Already own some other Logitech G LIGHTSYNC compatible gear? You can synchronize all your peripherals together to match colors and styles, resulting in a uniformly themed gaming area. Rounding everything out is the option to personalize your G935 sound profiles, including EQ settings and surround sound settings for music, games, movie players, and others on PC.

If you’re an avid co-op or team-based player, a high-quality mic is hardly optional. After all, your microphone is your conduit to unbroken communications with your allies. With the 6mm Logitech G935 Mic+, you’ll have a boom mic that’s rugged, elegant, and optimized for in-game conversations and voice chat. Muting and unmuting is as simple as flipping the mic back up into the headset and then flipping it back down. There’s also a handy LED on the boom to show you when it’s muted through other methods. Adding sleekness to the performance, when the mic is pushed up, it’s practically invisible. 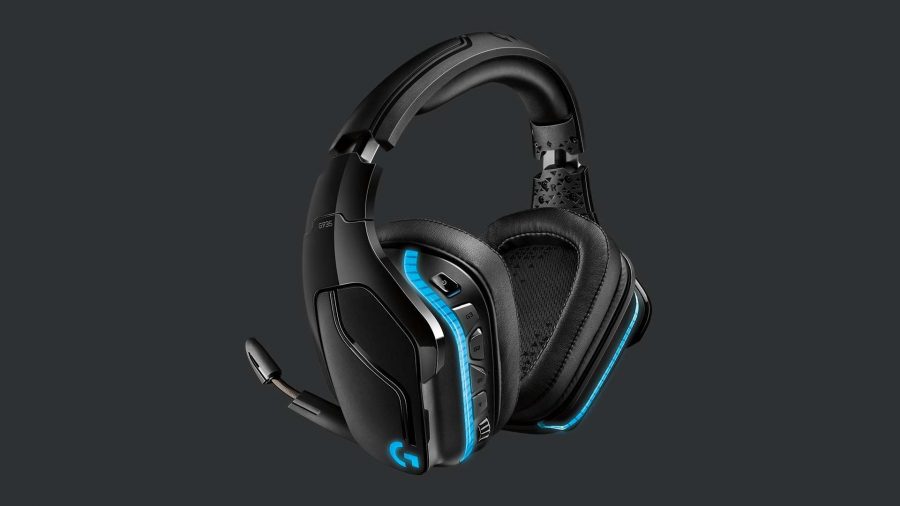 No matter how incredible a headset sounds, it won’t do you much good if it feels like an anvil bolted to your cranium. Comfort is equally as critical as audio, especially during marathon gaming sessions. With the G935, the generously sized, circumaural ear cups are covered with deluxe leatherette padding. They’re designed to be as sensitive to your head as possible, putting almost zero pressure on your skin. You can also take each ear cup off to clean them. The headband gets the same deluxe leatherette treatment too, giving the top of your head just as much cushioning as the sides.

To pick up your own G935 headset, head on over to LogitechG.com.