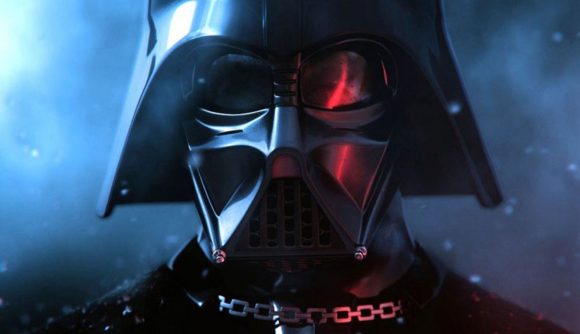 May 23, 2019 Josh Hawley’s anti-loot box bill will be introduced to the US Senate today.

Earlier this month, Republican Senator Josh Hawley, of Missouri, announced that he is seeking to ban the sale of pay-to-win microtransactions and loot boxes. The bill is set to be formally introduced to the US Senate today, but Hawley has already garnered support from across the aisle, as two Democratic Senators have also expressed support for the measure.

Ed Markey, of Massachusetts, and Richard Blumenthal, of Connecticut, have both signed on. “Today’s digital entertainment ecosystem is an online gauntlet for children,” Markey says (via The Verge). ”Inherently manipulative game features that take advantage of kids and turn play time into pay time should be out of bounds”

The bill Hawley has proposed specifically targets “games played by minors… whose developers knowingly allow minor players to engage in microtransactions”, or games playable by children under the age of 18 – a rather broad label that basically encompasses all games.  The bill is called ‘The Protecting Children from Abusive Games Act.’

As pointed out by Kotaku, Hawley’s proposal names mobile game Candy Crush as a particular problem – with it being specifically aimed at under-18s with its colourful style, and yet still sells a $150 ‘Luscious Bundle’.

The bill will also target PC and console games, or anything with “compulsive microtransactions” that under-18s can play. Games such as Fortnite, Apex Legends, Star Wars Battlefront 2, or any title where you can spend real money to get in-game benefits will be under threat from the proposed legislature.

“Social media and videogames prey on user addiction, siphoning our kids’ attention from the real world and extracting profits from fostering compulsive habits,” Hawley said. “No matter this business model’s advantages to the tech industry, one thing is clear: there is no excuse for exploiting children through such practices… Game developers who knowingly exploit children should face legal consequences.”

The Entertainment Software Association responded to the proposed bill (via The Verge) saying that other countries had determined that loot boxes were not gambling. CEO Stanley Pierre- Louis adds, “we look forward to sharing with the senator the tools and information the industry already provides that keeps the control of in-game spending in parents’ hands. Parents already have the ability to limit or prohibit in-game purchases with easy to use parental controls.”

If successful, the new bill would be enforced by the Federal Trade Commission, which last year held an investigation into loot boxes. Gaming companies would be liable for state-wide lawsuits, under the state attorney generals, on behalf of the residents of those states. While many studios are backing away from the practice of loot boxes and pay-to-win microtransactions – after the Battlefront 2 debacle EA confirmed that its next Star Wars game Jedi Fallen Order would not have them – it’s still common, particularly in free-to-play games.