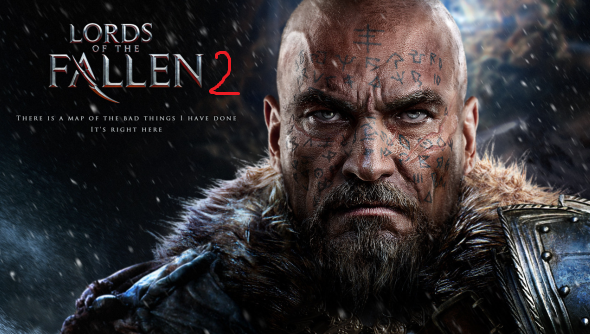 While Lords of the Fallen was quite happily sitting in the shadow of FromSoftware’s Dark Souls, the third-person difficult’em’up managed to find a large following. Large enough to convince Deck 13 to start work on a sequel.

The studio’s confirmed they’ve begun work on a sequel but provide no further details.

In an email to Eurogamer executive producer Tomasz Gop said “We’re now working on vision and concepts for Lords 2.”

That’s all he said.

He didn’t say: “While we think fans connected with our hero, Harkyn, he wasn’t as deep and complex a character as we would like. To remedy that, Lords of the Fallen 2 will deal with Harkyn’s origin story. Not how he was convicted, that’s easy enough to figure out.

“Keen-eyed players of the first game may have picked up a bit of a Somerset lilt to Harkyn’s accent. We wanted to hint that he grew up in dairy produce county. That’s the story we want to tell in Lords of the Fallen 2, how he went from a promising young milk butler to a convicted criminal sent to kill a god. It’s a significant departure from the action of the first game but we feel it will give players that insight into who Harkyn was to better understand who Harkyn becomes. It won’t just be a good sequel but it will deepen players’ satisfaction for the first game.

“Of course, the action of this sequel will have to reflect Harkyn’s work so we will be stripping out much of the combat. Instead, you’ll have to deliver milk via a series of quicktime events and physics puzzles.

“This is all subject to change, mind. Lords of the Fallen 2 may end up being more of the same in different locations.”

I wasn’t a big fan of the original Lords of the Fallen but this change of direction has coloured me intrigued. We’ll let you know when we hear more.