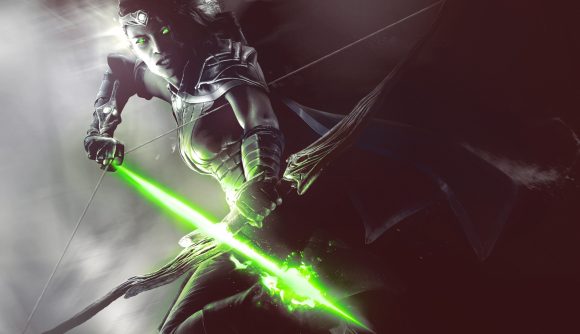 Ahead of the release of Magic: The Gathering Arena’s new Core Set 2021, Wizards of the Coast is showing off some of the new entries making their way to the game. We’ve got our very first look at an exclusive new card featured in the upcoming Core Set 2021, which you can feast your eyes on below.

Soul Sear is an uncommon, instant spell belonging to the red colour. Like many red colour non-permanent spells, Soul Sear deals damage to a target creature or planeswalker. The damage amount is five, which is quite high for a relatively cheap card cost of three mana – two lands of any type and one red land.

Not only that, but Soul Sear causes that permanent to lose the indestructible ability until the end of turn, a nifty bonus for getting rid of stubborn opponents’ indestructible permanents. You can see from the card reveal below a ferocious minotaur taking out a soldier, meaning we might see more soldiers in the new set and possibly more creatures with the indestructible ability, or spells that grant it. Very fittingly for the red colour the text reads, “There was no witty retort, no confident boast to accompany the attack. There was only pain.”

You can take a look at the Soul Sear below: 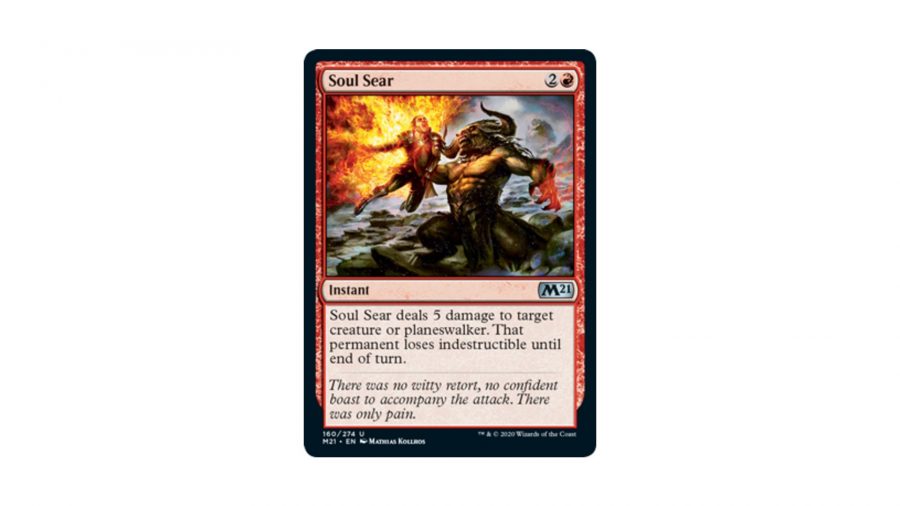 The MTG: Arena Core Set 2021 releases on June 25, 2020. In the meantime, if you’re just starting out in MTG, check out our guide on how to play MTG: Arena, as well as all the current MTG keyword abilities, such as indestructible. Wargamer also has an excellent guide on how to build a Magic: The Gathering deck, which is well worth a read.